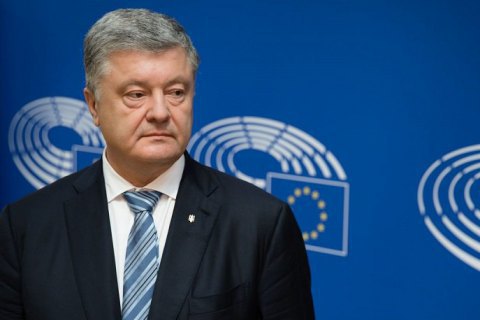 "We are dealing with a raider attempt to seize the Pryamyy channel. It is initiated by Mr Portnov, a deputy head of President Yanukovych's administration, who was involved in preparing the 16 January laws. Based on his motion, absolute assumptions that have nothing to do with the truth, the State Bureau of Investigation has been trying to terrorize journalists for more than three months," he said.

Today, Poroshenko was summoned to the State Bureau of Investigation (SBI) as a witness in the case of possible illegal actions during the sale of the Kuznitsa on Rybalskom shipyard. After questioning, Poroshenko said that he was not involved in the sale and purchase of the plant.

Poroshenko also stressed that during his presidency there was a ban on inspecting the media.

"I have nothing to do with the ownership or management of the Pryamyy channel. But both I and my political team urge journalists and politicians to defend the freedom of speech in Ukraine. We will not allow a return to the time of Yanukovych to end up in pressure being exerted on journalists. At the same time, we will take decisive steps that counteract the invasion of the information space of Ukraine by the aggressor country," he said.

Prior to that, Truba said that, in general, the name of the ex-president appears in eight criminal proceedings conducted by the State Bureau of Investigation. He did not specify what kind of cases he was talking about, but journalists suggest that the cases may concern the Rotterdam + scheme, corruption in the energy sector, change in the ownership of the Kuznya na Rybalskom shipyard, the Pryamyy channel and others. Poroshenko said that the cases were part of someone's campaigning ahead of the parliamentary election.

Portnov has not commented on the allegations by the time of the publication of this story.