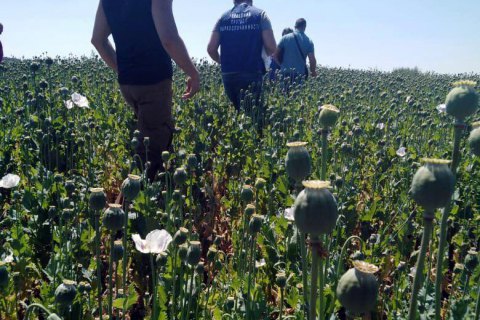 A record-large field of narcotic-containing poppy (Papaver somniferum), spanning 240 hectares, has been found in Poltava Region, the press centre of the National Police has quoted chief Serhiy Knyazyev as saying.

He said that the case is unprecedented in the history of Ukraine.

The cost of narcotic which could be produced from this volume of poppy reaches 5bn hryvnyas (about 0.2bn dollars).

The field was cultivated by a local company without a permit.

Police started destroying plants on the decision of Poltava's district court on 19 July.

The field had nearly 350m poppy plants, which could produce at least 70 tonnes of poppy straw.