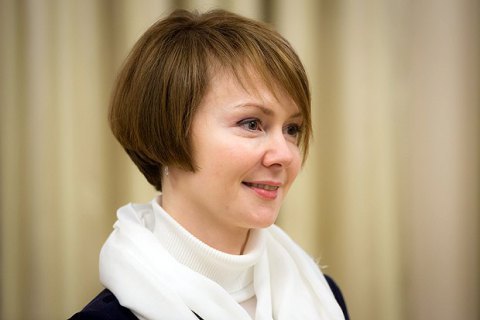 Ukrainian Deputy Foreign Minister Lana (Olena) Zerkal is planning to leave the Foreign Ministry. In an interview with the BBC Ukrainian, she said that she and her team had completed all the tasks they had.

"I think that I have fulfilled all my tasks. Today marks five years since I was appointed to this position at a meeting of the Cabinet of Ministers. And over these five years, together with my colleagues, I have managed to complete all the tasks that I set for myself, that the Foreign Ministry had in those areas I was responsible for," Zerkal said, answering a question about a role she sees for herself in the new ministry.

"Now my task is to decide on procedural issues in the arbitration on the sailors [captured and held by Russia]. And, I think, this will mark the end of my work for the Foreign Ministry. I need to move on," she added.

Speaking about her future activities, Zerkal noted that she has not yet made a decision but added that she does not plan to leave Ukraine.

"I’m not interested in leaving the country. I believe that there are many tasks in Ukraine that are more interesting than ambassadorial work. Therefore, I will take into account where I will be needed ... or not needed," the deputy foreign minister said.

On 21 May, President Volodymyr Zelenskyy issued Decree No. 309 on the appointment of Zerkal to the post of deputy head of the presidential administration, but the next day he signed Decree No. 315 that cancelled this appointment.

According to unofficial reports, Zerkal agreed to be an envoy on international trials in the cases concerning Russia, but not a deputy head of the presidential administration. On 22 May, it became known that she remained deputy foreign minister.