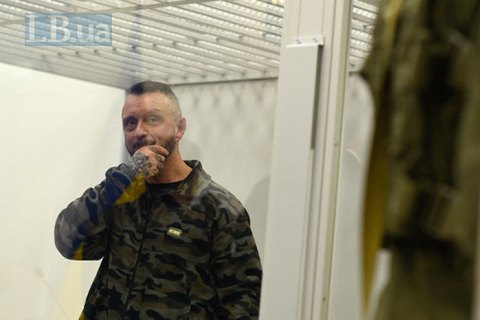 The Kyiv court of appeal has left rock musician and serviceman Andriy Riffmaster Antonenko, who is suspected of killing Belarus-born journalist Pavel Sheremet in 2016, in custody, an LB.ua correspondent has reported.

Thus, it upheld the ruling of Kyiv's Pecherskyy district court to arrest him at least until 8 February 2020.

A number of MPs and senior officers were ready to stand surety for Antonenko.

His lawyer Stanislav Kulyk said the court's ruling is ungrounded and unlawful.

As reported earlier, investigators suspect serviceman and rock singer Andriy Antonenko (Riffmaster) of organising the murder of Pavel Sheremet. Police said he was fascinated by "ultranationalist ideas" and cultivated the "greatness of the Aryan race, division of society on ethnic grounds". According to police, the murder of Belarus-born Sheremet was to draw public attention to radical nationalist ideas.