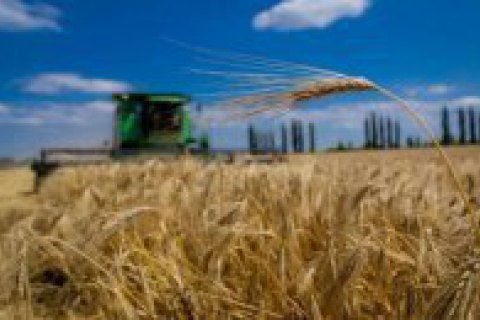 Almost half of Ukrainians (47.4%) oppose granting permission to Ukrainian citizens and companies to sell and buy agricultural land. These are findings of a sociological study held by Gorshenin Institute in collaboration with Friedrich Ebert Foundation in Ukraine and Belarus on 22 November-10 December.

Aske "Do you think it is necessary to allow Ukrainian citizens and Ukrainian companies to sell / buy farmland?", 33.7% of respondents answered "definitely not", another 13.7% chose the answer "probably not".

The vast majority of Ukrainian citizens (86.1%) spoke out against the purchase and sale of agricultural land to and by foreign citizens and companies. Of these, 72.7% of respondents chose the definitive answer "definitely not" and 13.4% said "rather not".

Only 7% of Ukrainians said they would support the idea of granting permission to foreigners to buy and sell land ("exactly yes" - 2.8%, "more likely yes" - 4.2%).

The quantitative study "Reforms in Ukraine: Changes for the Better or Imitation of Progress" was carried out by Gorshenin Institute in collaboration with Friedrich Ebert Foundation in Ukraine and Belarus by means of face-to-face interviews on 22 November -10 December 2019. A total of 2,000 respondents aged 18 and over were interviewe in all regions of Ukraine (excluding the occupied territories of the Autonomous Republic of Crimea, the city of Sevastopol, Donetsk and Luhansk regions) by region of residence, gender and age of respondents. The margin of error +/- 2.2%.