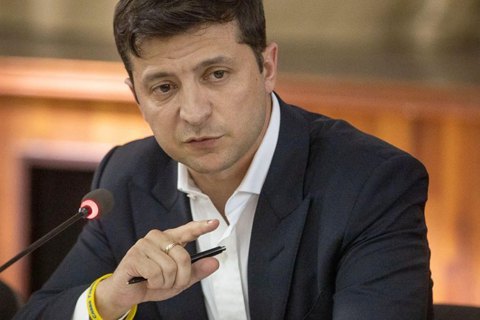 President Volodymyr Zelenskyy has confirmed that an exchange of prisoners between Ukraine and Donbas separatists is planned for 29 December.

He said this on a visit to Ivano-Frankivsk Region, according to his press service.

"An exchange must take place tomorrow… it must. We are waiting for this but the verification of all people is yet to be completed," he said.

He did not give any details on the number of people to be exchanged.

Russian media said today that representatives of the self-proclaimed Donetsk people's republic are preparing for an exchange to take place on 29 December. They expect Ukraine to hand them 87 people while they will send to Kyiv 55 people.

According to earlier reports, an exchange is to take place at the Mayorsk checkpoint.