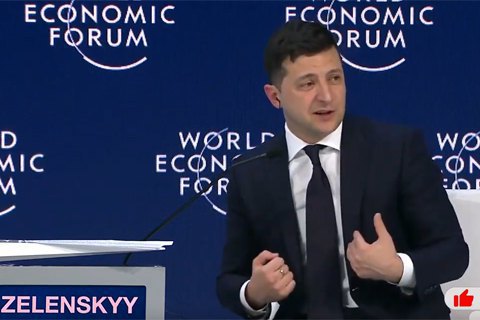 President Volodymyr Zelenskyy has confirmed in his speech at the World Economic Forum in Davos that he sees the future of Ukraine in the European Union.

He noted though that Ukraine's desire should match that of the European Union.

He also joked that now is a very convenient moment for this: "When one country went for an exit, maybe it's time [another country] makes an entrance."

Former Foreign Minister Pavlo Klimkin suggested that Ukraine could join the EU in 2035 at best.

Ex-President Petro Poroshenko said that accession talks could start in 2023.