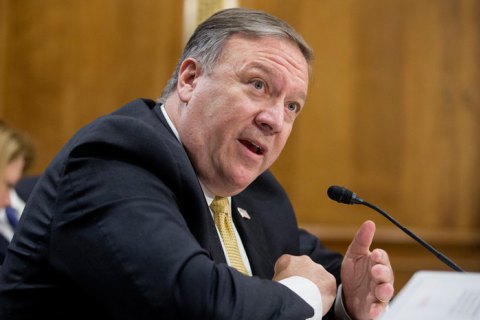 US Secretary of State Mike Pompeo will visit Ukraine in late January, the Belarusian office of Radio Liberty has said, quoting the US Department of State.

"Mike Pompeo will visit London on 29-30 January, then he will be in Kyiv on 30 January and from there he will go to Minsk on 1 February, where he will spend less than in a day. On 1-2 February, he will fly to Nur-Sultan and on 2-3 February he will be in Tashkent," it said.

According to BuzzFeed News, Pompeo's official events in Kyiv are planned for 31 January.

He will meet President Volodymyr Zelenskyy that day. He will be the first official of Donald Trump's administration to meet the Ukrainian leader since the start of the impeachment procedure in late September.

Pompeo plans to meet a number of senior Ukrainian officials and honour the memory of fallen soldiers and Revolution of Dignity activists.