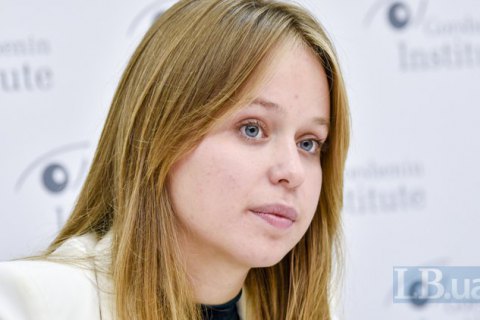 MP Yelyzaveta Yasko has said that the new Ukrainian delegation to the Parliamentary Assembly of the Council of Europe has changed its position compared to its predecessors'.

"We want to raise not only topics related to anti-Russian sentiments. It is clear that we will do this, this is our national position. But it is important for us that we talk about issues of concern to Europeans," she said in an interview with NV.

At the same time, she emphasized that the war in Donbas and efforts to challenge the mandate of the Russian delegation will remain on the agenda of the Ukrainian delegation.

"This is part of our efforts. But we should not limit ourselves to this. A European platform like PACE is a platform for us where we can defend the issues of Crimea, Donbass, where we can fight against Russia diplomatically. But besides this, we must deal with European and world issues. We must move away from a peripheral understanding of foreign policy. It is important for us to be trendsetters. We fully support the position of that [previous] delegation. But we believe that this is not enough developing diplomatic relations and building trust, cooperating at a new level," Yasko said.

She stressed that there would be no cooperation with the Russian delegation, but a dialogue is possible.

"If during a debate Russia speaks of incorrect and fake narratives, of course, we must respond, engage in dialogue, communicate our position. But this does not mean that we should be friends with them and forget who the aggressor is. Truth and international law are on our side," she added.

The Ukrainian delegation ignored the PACE autumn session in 2019 in protest against the return of Russia's voting rights, but in 2020 it will restore its participation.