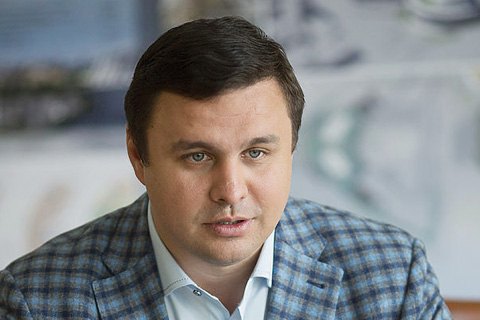 A former MP and ex-president of the Ukrbud construction company, Maksym Mykytas, who is suspected of embezzling 82m hryvnyas of state funds, has been taken off the flight to the UK, his lawyer Oleksandr Lysak has told Ukrainian News.

"He had a four-day permit from the National Anticorruption Bureau of Ukraine and the Special Anticorruption Prosecutor's Office (SAPO). He was returned his foreign travel passport and was travelling to Great Britain for personal matters. He has already passed customs and border control but he was not allowed to proceed," he said.

A source in law enforcement told Ukrayinska Pravda that the travel permit had been issued by SAPO deputy head Maksym Hryshchuk but later it was cancelled.

Mykytas allegedly wanted to go to Britain for treatment.

He will have to hand in his passport again and put back the monitor.