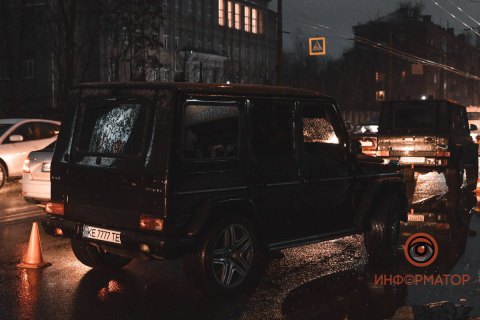 Several people were injured as a result of a shootout at a public transport stop in Titov Street in Dnipro on the evening of 24 February.

According to witnesses, two Mercedes GL-class cars pulled over, shortly followed by a patrol police car. Several unidentified individuals on a Toyota Land Cruiser joined them in a while and opened fire. Witnesses said that three men were hurt.

The police said that two people were injured. They were taken to hospital.

According to media reports, the Toyota Land Cruiser fled from the scene.