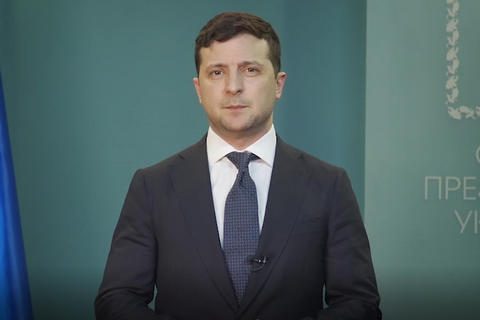 President Volodymyr Zelenskyy has said the riots in Novi Sanzhary, Poltava Region were planned and promised to punish those responsible.

A group of Ukrainians and foreigners evacuated from China’s Wuhan was placed in a two-week quarantine in a local medical centre, causing violent protests among local residents.

"I understand that some of the locals have concerns. We know that some people deliberately and intentionally sowed panic among people, and then incited this savagery. The masterminds and organizers will be held responsible," Zelenskyy said in a special video address.

According to him, the faces of many provocateurs got on the cameras of journalists.

"These are world-famous virologists in tracksuits. Earlier, they were seen [pretending to be] respected farmers who oppose the land market. To all the directors of this lame theatre, which is probably preparing for new performances, I want to say the following: there are times when there are no interests of power or the opposition, there are interests of Ukraine. At such moments, we need not fake but real solidarity. At such times, victories and defeats are common. And responsibility is common. For some, it’s political, for some it’s criminal,” he said.

Zelenskyy said that "the days when you can earn political points at the cost of public order and national security are over".