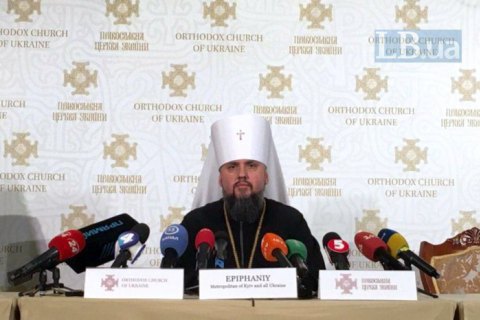 The Orthodox Church of Ukraine has addressed Ukrainians on the situation with the evacuation of a group of Ukrainians and foreigners from China to Novi Sanzhary, Poltava Region.

“Dear brothers and sisters, compatriots! In connection with the return to Ukraine of our citizens, who were evacuated from China, where a dangerous disease spread. We are seeing manifestations of an aggressive attitude towards their arrival home, although medical services confirm that there are no infected people among those who returned, and the need for quarantine is an additional and necessary security measure. Fear and alienation push people to rejection. The church cannot be responsible for the medical side of the issue, which is the competence of specialists and is regulated by the state. But we are obliged to point out to the moral side of the challenge that our society has faced," it said on Facebook.

The Church noted that the Gospel speaks on numerous occasions about mercy and that people need to do for other people what they would like for themselves.

“Let the fear of illness not cloud our mind and conscience, our humanity,” the church said, expressing the hope that God would save society from both illness and hatred and alienation.

They are to be placed under a two-week quarantine in the Novi Sanzhary medical centre of the National Guard in the town of Novi Sanzhary, Poltava Region.

Local residents have been rallying since the early hours of 20 February, protesting against the government plans to accommodate the evacuees in the area.