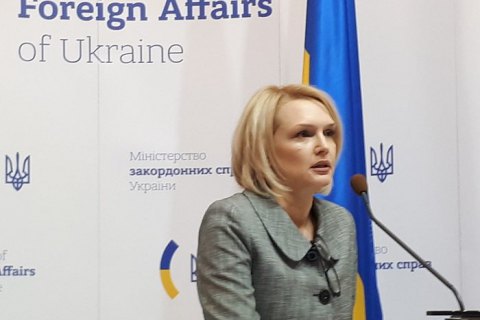 The Foreign Ministry of Ukraine has called on the international community to condemn an escalation of the Donbas conflict on the morning of 18 February.

"Very concerned by escalation in #Donbas following the latest Russian attack. Prohibited weapons used resulting in a new wave of casualties. This is the latest breach of agreements reached at N4 [Normandy Four]. We call on the international community to condemn this escalation," the spokesperson for the Foreign Ministry, Kateryna Zelenko, tweeted.

Militants attacked positions of the Joint Forces near Novotoshkivske, Orikhove, Krymske and Khutir Vilnyy close to Zolote, where the disengagement of troops took place last year.

During the attack, one Ukrainian serviceman was killed, three wounded and two suffered concussion. The fight lasted for about five hours.

General Staff Commander Ruslan Khomchak said that there was no threat of an attack by militants. President Volodymyr Zelenskyy described the attack as an "act of provocation" aimed at disrupting the peace process.