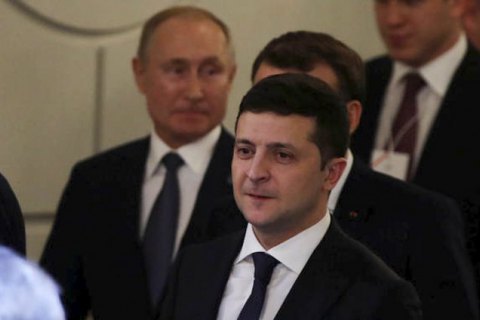 Ukrainian President Volodymyr Zelenskyy has had a phone conversation with the president of the Russian Federation, Vladimir Putin to discuss the implementation of the agreements reached at the Normandy summit in Paris on 9 December 2019, as well as preparations for the next meeting of the Normandy Four leaders, according to the Ukrainian presidential office.

"Separately, Volodymyr Zelenskyy and Vladimir Putin paid attention to the process of securing the release of captive Ukrainian citizens held in the temporarily occupied territories of Donbas and Crimea, as well as in the Russian Federation," it said.

The sides agreed that it was necessary to step up work at the level of the trilateral contact group in Minsk for the implementation of the reached agreements.

According to a later report by the Kremlin, the phone conversation was initiated by President Zelenskyy.