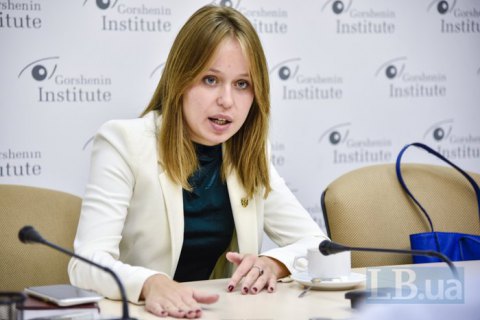 The head of the Ukrainian delegation to PACE, Yelizaveta Yasko, has said that a plan for Donbas settlement, called “Twelve steps toward greater security in Ukraine and the Euro-Atlantic Region”, which was presented at the Munich Security Conference, is a result of the aggressor’s neglect of the Minsk agreements and the desire of “experts” to impose a non-Ukrainian agenda on Ukraine.

Yasko, who is a member of the pro-presidential Servant of the People party, said on Facebook: "In a situation where Russia, contrary to common sense and its own national interests, refuses to comply with the security bloc of the Minsk agreements, a number of politicians, diplomats and experts are tempted to offer a ‘plan’ for resolving the conflict at the expense of Ukraine’s interests."

According to her, such plans are written by people who do not know Ukraine, do not know the true reasons behind the war and the terrible situation in the occupied territories.

"’12 Steps’ is not a plan to end the war in Ukraine and Europe. This is a plan to lift sanctions against Russia and nothing more. However, these were not the sanctions that caused the war, but other way around. Eliminating the reason will provide an opportunity to think about ending the consequences," she noted.