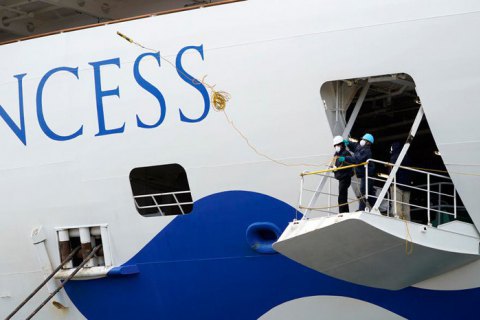 The director of the Ukrainian Foreign Ministry's consular department, Serhiy Pohoreltsev, has said that the two infected Ukrainians from the quarantined Diamond Princess cruise ship, who were admitted to hospital with the COVID-2019 coronavirus, have not been tested for recovery yet.

"According to the verified and reliable information, the Ukrainian nationals hospitalized with the coronavirus diagnosis are in Tokyo hospitals. The Ukrainians will be discharged after the results of two tests prove negative. The tests have not been taken yet," Ukrayinska Pravda quoted him as saying.

Both Ukrainians, a man and a woman, are member of the ship crew. The man was diagnosed first. He had no symptoms but tested positive for COVID-19. The woman, who also did not have any symptoms, was hospitalized several days later.

Earlier on 20 February, the head of the parliamentary committee on health, Mykhaylo Radutskyy, told journalists that the two had recovered.

"What is the situation with our members of the Diamond Princess crew off the shore of Japan, who were taken to hospital? By the way, no media had applauded their recovery. This is statistics, 15% got well, including two Ukrainians," he said, according to 24 Kanal.