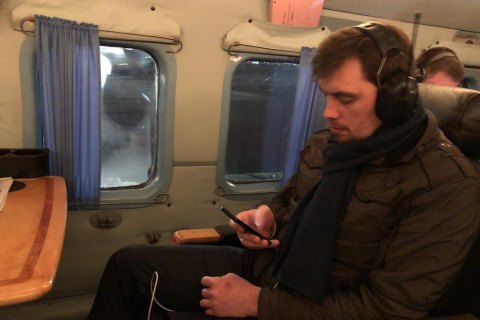 Ukrainian Prime Minister Oleksiy Honcharuk has flown out to Poltava Region where buses carrying Ukrainians and foreigners evacuated from China’s Wuhan are expected to arrive.

“I am urgently flying out to Poltava Region. The government HQ will work in Novi Sanzhary,” he said on Telegram.

Residents of Novi Sanzhary have been rallying since the early hours of 20 February, protesting against the government plans to accommodate the evacuees in the local medical centre of the National Guard.

Clashes broke out between some of the protesters and police at around 6.30 p.m.

According to Hromadske correspondents, police pushed the crowd to unblock the motorway.