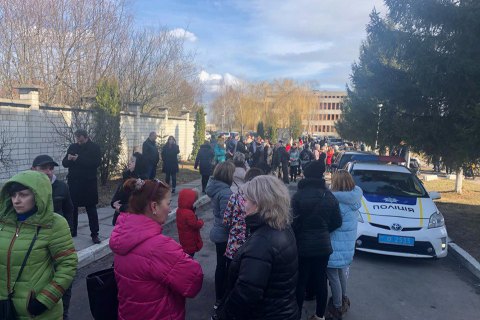 People in the town of Vynnyky in Lviv Region have blocked the motorway leading to the local hospital to prevent Ukrainians evacuated from China from being taken there.

According to the local news website Zaxid.net, the panic spread on the morning of 19 February when the hospital started evacuating its patients. At 2 p.m., locals started bringing tires to the hospital gate.

“If we let all the patients go, who will defend us? If there are no hospitals and the hospital is empty, they can bring whoever they want. We will stand until the end. We have no other choice because we will be left without jobs. No-one explained anything, they said [it is] evacuation,” a hospital staff member told journalists.

Later, the Lviv regional state administration said that the Vynnyky-based hospital for war veterans and repressed citizens held a training as part of general hospital preparations for a possible hospitalization of patients with COVID-19. The hospital management confirmed this.

“This was a simulation training. […] To guarantee beds for patients who may have suffered if the planed landed in Lviv and if something extraordinary happened, our hospital could accept injured patients to hold X-rays and surgeries,” the director general of the hospital, Maksym Prykupenko, said.

Lviv mayor Andriy Sadovyy said, for his part, that he discussed the matter with Health Minister Zoryana Skaletska who did not confirm that the plane with the evacuees would lend in Lviv.

He recalled that only healthy people would be allowed on the plane and asked people not to panic or share fake news.