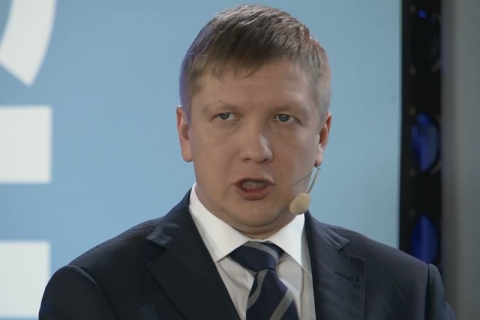 The board chairman of the national oil and gas company Naftogaz Ukrayiny, Andriy Kobolyev, will keep the post for four more years, according to government resolution No 327 issued on 20 March.

Thus, the government upheld the supervisory board’s proposal and extended his contract until 22 March 2024.

The press service of the Cabinet of Ministers said that under the terms of the new contract, his salary will be halved while “the issue of bonus payments will be removed from the agenda”.

The list of his appraisal objectives was extended to include a target for deductions to the budget and the growth of natural gas extraction in Ukraine.

In 2019, the supervisory board wanted to extend Kobolyev’s contract by three years with the salary of 2.08m hryvnyas but then Prime Minister Volodymyr Gropysman said the government would not do this because of such high salaries. As a compromise, the government extended the contract by one year.