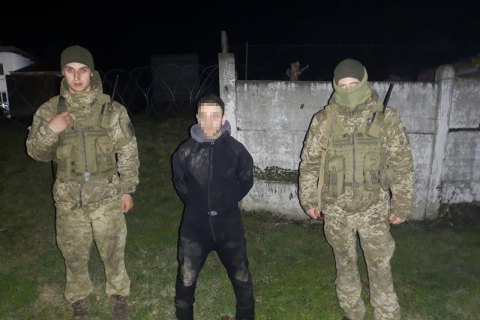 A man trying to smuggle facemasks to Romania by river has been detained in Transcarpathian Region, the press service of the State Border Service of Ukraine has said.

A patrol at the Ukrainian-Romanian border spotted a man in a diving suit getting out of the Tysa River. He ignored the order to stop and started to run away but was eventually caught.

He did not have any documents but said that he was a Ukrainian citizen. He admitted to smuggling masks to Romania.

The man, who turned out to be a 29-year-old resident of the town of Rakhiv, was arrested for 10 days.

“Let us note that although the temperature of water in the rivers is very low while the level of water in the Tysa is high and the stream is rapid, people risk their health and expose themselves to high danger for profit,” the State Border Service said.