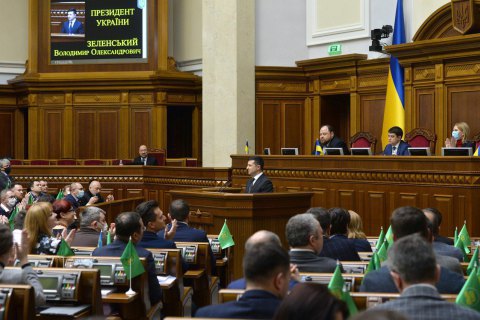 Parliament is planning to hold an emergency session shortly, sources in the propresidential party Servant of the People have told LB.ua.

“An extraordinary [session] is tentatively planned for Tuesday. We have been ordered to be ready soon. The agenda includes voting for the president’s decree declaring the state of emergency in the country,” a source said.

Another source confirmed that MPs had been getting texts about a coming extraordinary meeting of parliament.

On 18 March, Prime Minister Denys Shmyhal suggested that a law on the transfer of functions between government bodies should be drafted for situations when one of them is incapacitated by the coronavirus epidemic.

MP Serhiy Shakhov was diagnosed with COVID-19 on 17 March. On 21 March, he was taken to hospital with pneumonia. Members of the parliamentary committee on ecology, whose meetings Shakhov attended, promised to self-isolate.

MP Dmytro Razumkov ruled out that parliament would shut down because of Shakhov’s infection.