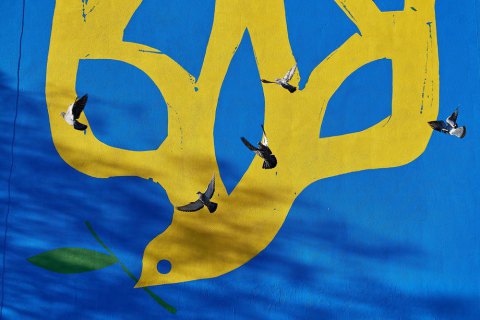 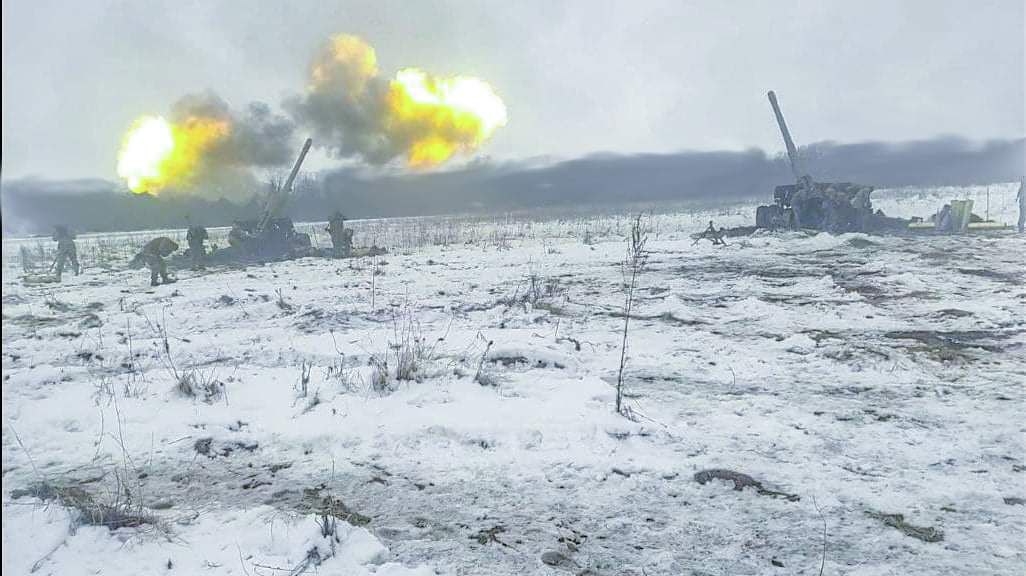 When the full-scale war had just begun, most Western nations had no doubt that the Ukraine would be occupied and lose its sovereignty in two or three days. Russia thought so, too. However the blitzkrieg failed, and we noticed how the West began to form a united front against Moscow's policies. I will say at once: they do it not for us, but for themselves; their main task is to detain Russia on the territory of the Ukraine for as long as possible so that it does not send its troops further to Europe. They need time to economically, and therefore militarily, push Russia back for decades - to guarantee themselves another 20-30 years of peace at our expense.

Against the background of this war, the world is changing, changing rapidly. No matter how we look at NATO these days, many people already understand that the Alliance has weakened, that it now opposes the initiatives taken by leading nations. After Russia's attack, many military representatives of the Nordic countries are skeptical about the Alliance's ability to protect their territories in case of a Russian attack.

We are not deaf and blind, we have heard the words of the NATO Secretary General that a strike on Alliance convoys to Ukraine would be perceived as an attack on the entire bloc. And then we saw Russian missile strikes on the Yavoriv training ground, where international training was held with the participation of NATO troops, and the downing of unmanned drones, which were being deployed by the Russia, indirectly in the Alliance member countries of Croatia and Romania. And after these signals from Russia, the Alliance leadership made a number of toothless statements, which Moscow took as a sign of weakness, as a possibility for more aggressive actions. 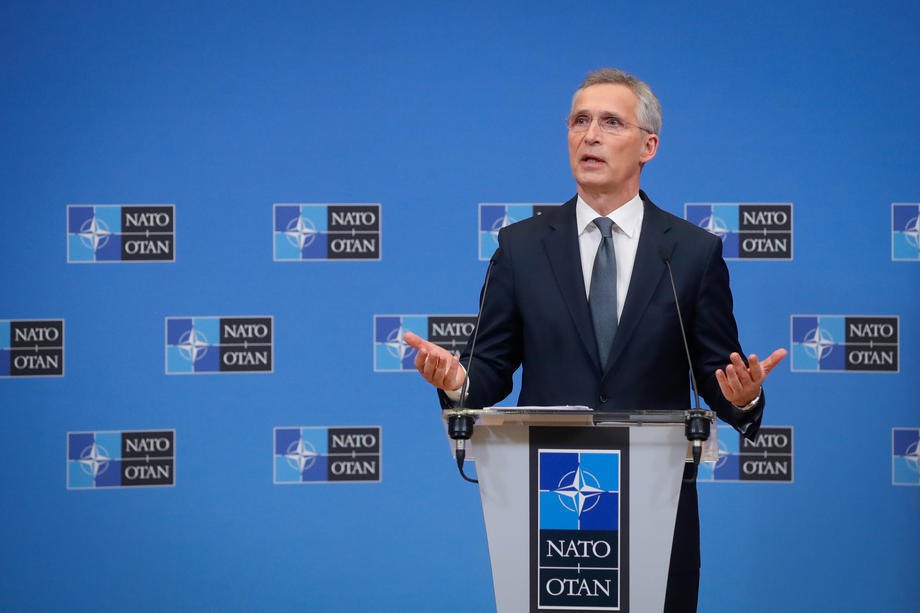 At the same time, the current situation is not the end of NATO (or the West), it is the beginning of a change in the Alliance. Sweden and Finland, which have maintained relative neutrality, are now concerned about Russia's aggressive actions and are still considering joining the bloc. This, in the long run, may lead to its obvious strengthening. Because Helsinki and Stockholm, unlike Kyiv, have the latest generation of state-of-the-art Western weapons.

It is also clear that in the future, NATO will work more closely with a number of alliances already established in Asia and with those alliances that are yet to be formed in the Middle East. New structures and alliances will be formed between the bloc's member states and those strong regional states that are not members. In fact, we are already observing this.

However, all these are medium and long-term processes, but now, we are witnessing certain enlightenment. As strange as it may sound, it will change depending on the situation on the Ukrainian front.

At the same time, the political landscape of Europe is actively changing. Countries that have long been neutral, such as Switzerland, are most strongly opposed to Russia, remembering their negative historical experience. A number of Balkan states are eager to expedite the procedure of joining the European Union, and Brussels itself has emphasized the importance of speeding up this process - the two sides understand that if the Balkans question is not solved quickly, Russia could start another conflict there - in the heart of Europe. Moscow is already preparing the ground for this.

Europe is uniting to counter aggression, which Russia did not expect, assuming that its "advocates", including Germany, would hold back the avalanche of sanctions. However, the leaders of the continent are changing. Berlin, which has lost much of its reputation for indulging Moscow and unwillingness to help the Ukraine, is losing politically to London. Great Britain, free of unnecessary bureaucratic brakes, is acting more flexibly and decisively. The British themselves are forming local alliances - with Poland and gradually with the Baltic and Scandinavian countries. 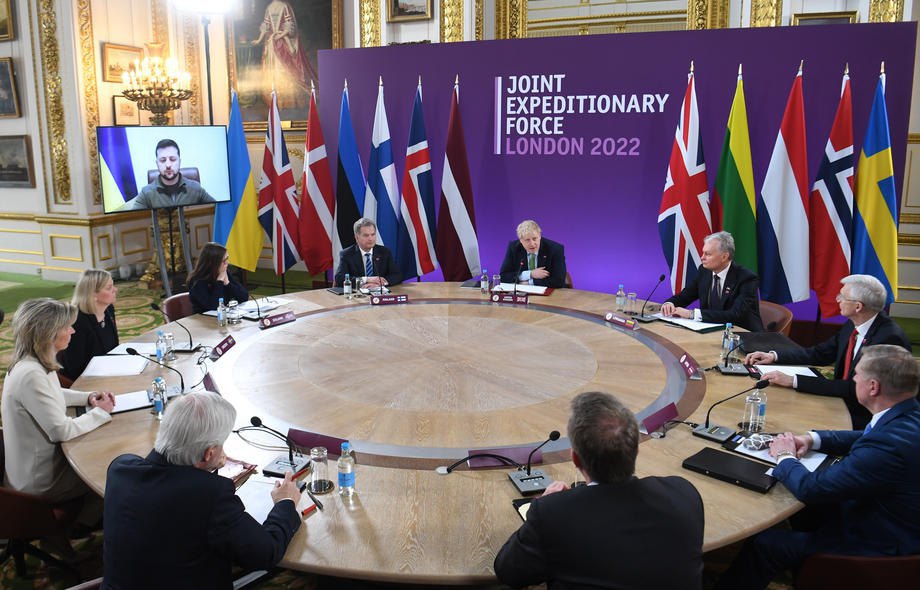 Politically, France is growing and is trying to become the main mediator in the Russo-Ukrainian war. However, the economic position of Germany as the continent's strongest actor has not disappeared and will not do so in the near future. Given the fact that the economy of Europe as a whole, of course, will lose. The crucial question is where the limit of comfort for the inhabitants of the peaceful part of the continent lie.

Now we can already say that Europe and the European Union alone will change. New rules will be introduced. Time will tell how favorable and beneficial they will be for us. For now, European politicians, realizing that the continent is headed for a new global war, are trying to oppose Russia. And it is still a united front.

The situation in Asia, which is historically another global front, is also changing significantly. Pacifist Japan is getting stronger and; preparing for a possible military confrontation with China and Russia, is forming defense alliances with the United States, Britain, and Australia. Australia itself has ambitions to become a nuclear power.

The United States is actively cooperating with the smaller developed countries of the Asian continent in order to maintain sanctions against Russia, but with the prospect of being able to oppose China.

Since the fall of Afghanistan, the situation in Central Asia has changed dramatically: many states have fully aligned themselves with Russia and economically with China. We can see how Moscow is changing the regimes in the region, how it is gradually returning these lands to its orbit.

India has always opposed strengthening ties in the Chinese region but does not want its rapprochement with Russia. Delhi is currently pursuing a quite remarkable economic policy with regard to the latter: it is making payments in rubles and rupees, buying up Russian oil and diamonds, and trying to circumvent the sanctions imposed by the United States and its allies. It is helping to keep the Russian economy afloat, which, in fact, is expected to become a selling point for Indian products. 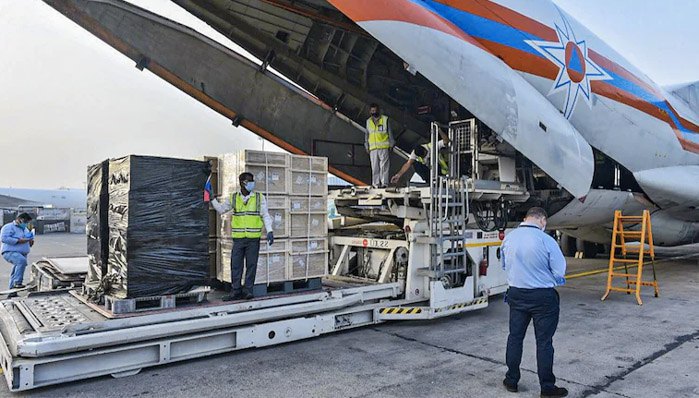 China is doing the same, but it is playing a more serious role in the confrontation between Russia and the West. Beijing seeks to undermine US positions, so a change of world order due to the policy pursued by Moscow would be convenient.

Recent statements by Chinese officials have shown that Beijing is now more cautious in its aspirations. They do not want to be on the same bench as the losers. The Chinese government is now monitoring the situation in Ukraine and wants Western sanctions to bypass China. Not to mention that China is no longer so active on the Taiwan issue, stressing that the Taiwanese and Ukrainian issues should not be linked.

Yes, Beijing is still seeking to destroy the unity of the West but it understands that Moscow's actions have led to its unification, not disintegration. At the same time, China will do its utmost to support the Russian leadership, because it understands that a change in the world order is at stake, where China can play a leading role.

In any case, China will benefit most from anti-Russian sanctions. Because it is the Chinese who will buy up Russia's strategic assets, they will replace American and European goods, they will provide services and supply luxury items. In addition, they will get a lot of cheap labor and will be able to transfer part of their routine production. Today we are standing at the beginning of a major transformation of global supply chains. 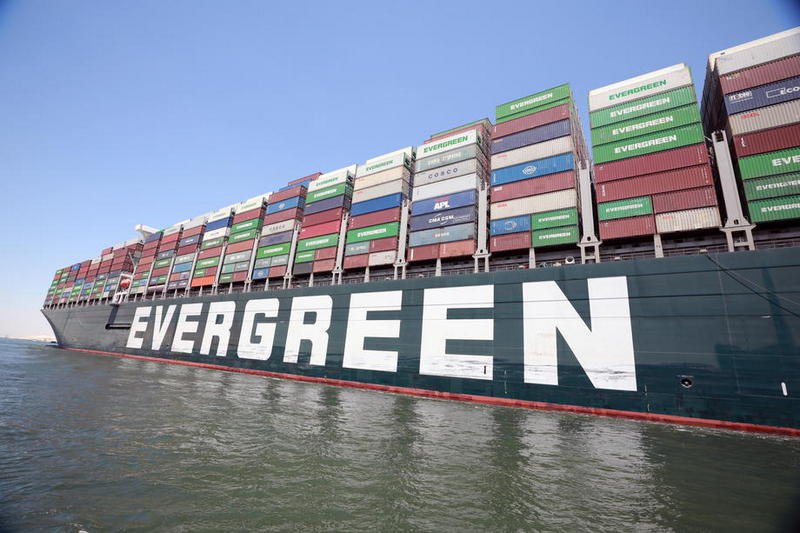 At the same time, there is an interesting situation in the Middle East. The United States, seeking to limit Russia's oil revenues, is trying to find alternative sources for itself and Europe. One of them is Iran. Currently, the new nuclear agreement with the Iranians is blocked by the Russian side itself, which demands that sanctions not apply to its enterprises and financial opportunities in Iran. However, the likelihood that Russia's interest will be circumvented remains.

Iran poses a threat to many countries in the region that do not want to strengthen the Persians, who, by the way, are still allies of the Russians. That is why we are seeing the creation of new alliances, associations, and new agreements lately.

We see Israel signing peace agreements with some Arab countries that have been reluctant to engage in dialogue for decades, as the Israeli president goes to Turkey for the first time in fifteen years of frosty relations to negotiate enhanced cooperation. And it is clear to everyone that Israeli Prime Minister Bennett's peace initiatives on the Ukraine are primarily due to the possible strengthening of Iran.

This increase is very disturbing for the countries of the Persian Gulf, who are now trying to receive as much support as possible from the U.S. and gradually accumulate significant foreign exchange reserves due to the enormous increase in oil prices.

As for Turkey, this country is playing its part: it is trying to mediate in the Russian-Ukrainian war, provide the Ukraine with considerable military support, while preserving good relations with Russia - because the Turkish economy, which is facing a downturn, needs a Russian market, it needs nuclear fuel and engineers from Russia, Russian gas and weapons. For now.

At the same time, it should not be forgotten that Ankara and Moscow compete in many countries and regions, from Central Asia and the Caucasus to Africa and the Mediterranean Sea. Turkey wants to weaken Russia for its own geopolitical expansion. 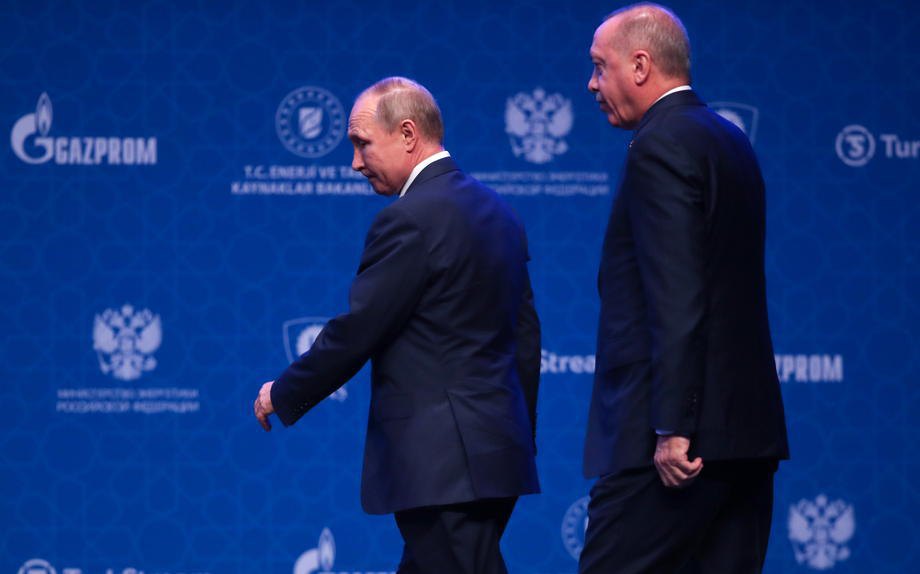 Meanwhile, Turkey's policy is changing, and its approaches to security are changing. We are already seeing Ankara negotiate a peace deal with Greece, a country against which, as many have rightly pointed out, it could start a war. This issue is taken against the backdrop of turbulence in the Black and Mediterranean Seas.

However, it is worth writing briefly about the United States. It is currently the leading country in the Western world. It is the U.S. position that determines decisions about the Ukraine, Russia and global security. In some places these decisions are difficult, and in other places they are acutely perplexing. The White House does not want to start the Third World War, although they are well aware that Russia will not stop in the Ukraine and that this regional war will not end everything. That the world is now on the threshold of the conditional 1939 year. And everything can still be stopped.

And here America must play a key role - it must be strong and unite the world around it. So far it is succeeding. However, the question arises: how long will it be able to do this, will it be able to keep the great anti-Russian coalition from discord and disintegration? I do not have an answer to this question yet, only time will tell.

One thing is clear now: the world is changing - and our future will depend on these changes. What will it be like? I believe it will be decent and peaceful. But the desolation will continue for a long time. The threats that have emerged will force many powers to seek a solution in militarization and increased security, and this is the way to the armament of mass destruction and war. This is the path to new conflicts.

The sooner we manage to overcome the current crisis in the world order, the more likely it is that new rules will be formed before everyone becomes unhinged.