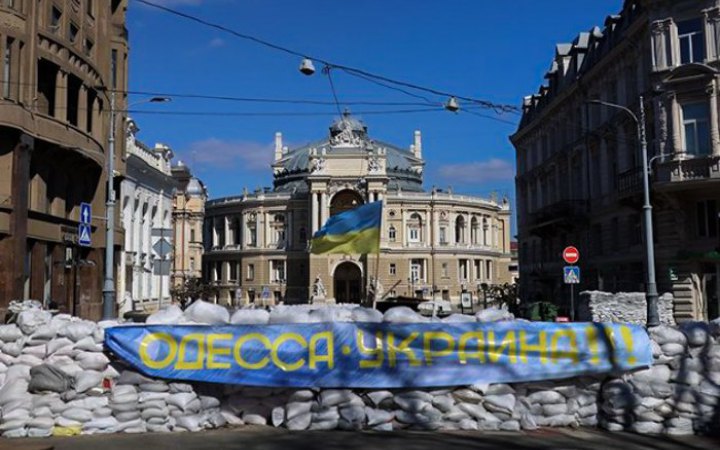 Russia is continuing its offensive in the Eastern Operational Zone to establish full control over the Donetsk, Luhansk and Kherson oblasts and to maintain a land corridor between the territories and Crimea.

In the Volyn, Polissya and Siversk directions - no changes. The threat of missile and air strikes from the territory of Belarus on objects in Ukraine remains. Units of the russian Armed Forces continue to cover the border in the Bryansk and Kursk regions, - reported in the summary of the General Staff at the beginning of the 74th day of heroic resistance of the Ukrainian people to the russian military invasion.

In the Slobozhansky direction, the enemy focused on preventing the further advance of our troops towards the state border of Ukraine to the north and northeast of Kharkiv. The enemy shelled the areas of the settlements of Prudyanka, Slatine and Tsyrkuny. To strengthen the defense in the area of the settlement of Kozacha Lopan, the russians equipped engineering positions.

In the Izyum direction, the russian federation focused on preparing to continue the offensive in the Izyum-Barvinkove and Izyum-Slavyansk directions. In order to strengthen the group from the territory of the russian federation, the enemy redeployed two battalion tactical groups from the 35th Army to the above mentioned areas. They shelled the positions of the Armed Forces of Ukraine. To clarify the position of our troops, the enemy continues air reconnaissance near Izyum and Kamyanka.

In the Donetsk direction, the group of occupier’s troops continues offensive operations in the Lyman, Popasna, Severodonetsk and Avdiivka directions.

In the Kurakhiv direction, with the support of artillery, the enemy is trying to resume offensive operations in the direction of the village of Novomykhailivka.

"As a result of assault operations in the Lyman direction, the enemy captured the northern outskirts of Shandrygolove," the General Staff said.

In the Mariupol direction, the enemy continues to block our units near the Azovstal plant. They also conduct assault operations with the support of artillery and tank fire.

"The enemy continues to deliver weapons, military equipment, ammunition, fuel and lubricants to meet the needs of the group of their troops in this direction," the statement said.

In the South Bug and Tavriya areas, the occupiers are attacking military and civilian targets with the support of aircraft, regrouping and strengthening units, increasing the systems of fire damage and logistics.

In the Kryvyi Rih direction, the enemy used the Orlan-10 UAV to detect the positions of units of the Armed Forces of Ukraine.

The situation in the Bessarabian direction remains tense. Armed formations in the Transnistrian region of the Republic of Moldova and the operational group units of russian troops are in full combat readiness.

Ships of the russian Black Sea Fleet in the Black and Azov Seas continue to perform tasks to isolate the area of hostilities, reconnaissance and fire support in the coastal direction.

On May 8-9, Ukrainians are urged to be especially careful and not to ignore air alarm signals. The threat of missile strikes persists throughout the territory. Yesterday the enemy fired rockets at Odessa.