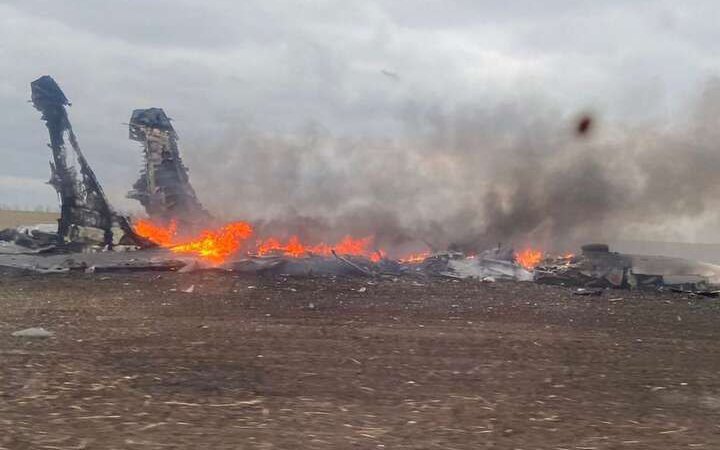 Photo: press center of the Naval Forces of the Armed Forces of Ukraine

The enemy is not stopping offensive operations in the Eastern Operational Zone aiming to establish full control over the territory of Donetsk, Luhansk and Kherson regions and maintain the land corridor between these territories and the temporarily occupied Crimea.

The General Staff of UAF reports.

The enemy did not take active action in the Volyn and Polissya direction. The main efforts of the armed forces of the Republic of Belarus were focused on covering the state border in Brest and Gomel regions.

Measures to strengthen the protection of the Ukrainian-Russian border in Bryansk and Kursk regions are underway in the Siversky direction. According to available information, the enemy is transferring additional artillery units to the border areas of the Bryansk region to increase provocative shelling of Chenihiv region settlements located near the state border of Ukraine.

In Slobozhanschyna direction, the enemy is taking measures to regroup units, replenish supplies of ammunition and fuel and lubricants to restore offensive capabilities.

In Kharkiv direction, the enemy did not conduct offensive operations. The main efforts were focused on preventing the advance of our troops in the area of the settlement of Vesele. In the Voronezh and Belgorod regions of the Russian Federation the increased level of terrorist threat has been extended until May 25, 2022.

In Bakhmut direction, the occupiers carried out assault operations in the direction of the settlement of Orikhove and in the area of the settlement of Komyshuvaha, they were unsuccessful. In Kurakhiv direction, the enemy carried out offensive operations in the direction of the settlement of Maryinka. The enemy continued to launch artillery and air strikes on Mariupol, focusing its efforts on blocking units of our troops in the area of Azovstal plant. In order to establish full control over the city and suppress the resistance of Ukrainian defenders, it uses strategic aviation. Due to the evacuation of local residents, the increase of fire is expected in the near future.

In the Novopavlivsk and Zaporizhzhya directions, the enemy conducted artillery shelling of units of our troops along the entire line and air reconnaissance with the use of UAVs. In South Buh direction occupation units did not carry out active hostilities, firing at units of our troops with artillery and mortars in the areas of the settlements of Oleksandrivka, Tavriyske, Kotlyareve, Hannivka and Osokorivka.

In the previous day, the air defense units of the Land Forces, the Air Force and the Airborne Assault Forces had hit seven air targets: five Orlan-10 UAVs, one Ka-52 helicopter and one cruise missile.

The air force continued to fire at the enemy and support the combat operations of our troops in set directions.

The enemy suffered losses in other directions as well. We will announce the numbers in a separate report.

According to the British Ministry of Defense, the enemy is launching offensive operations in five directions at once: Lyman, Severodonetsk, Bakhmut, Avdiivka and Kurakhiv.