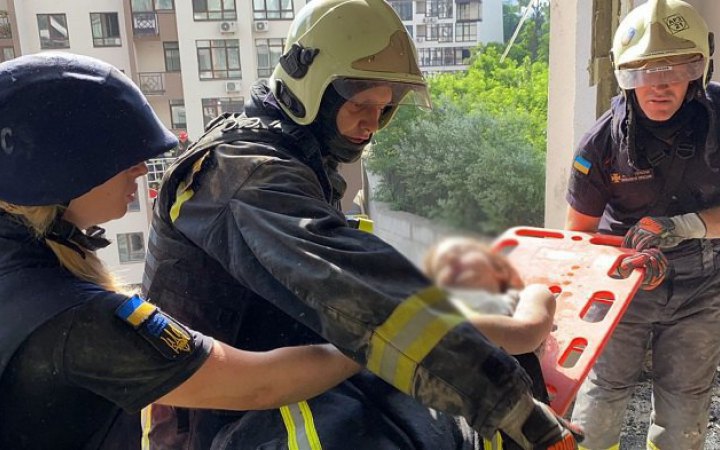 One person was killed and four were rushed to hospital as a result of a Russian missile strike on Kyiv this morning, the Prosecutor-General's Office has said on Telegram.

Among them are a woman and a child were recovered from the rubble.

A criminal case was opened over violation of the laws and customs of war and encroachment on Ukraine's territorial integrity and inviolability.

The missile strike damaged a nine-storied residential building and adjacent infrastructure in one of Kyiv's central neighbourhoods. The upper three floors caught fire and were partly ruined.

The spokesman for the Ukrainian Air Force, Yuriy Ihnat, said russia fired Kh-101 rockets on Kyiv from Tu-95 and Tu-160 bombers from the area of the Caspian Sea.