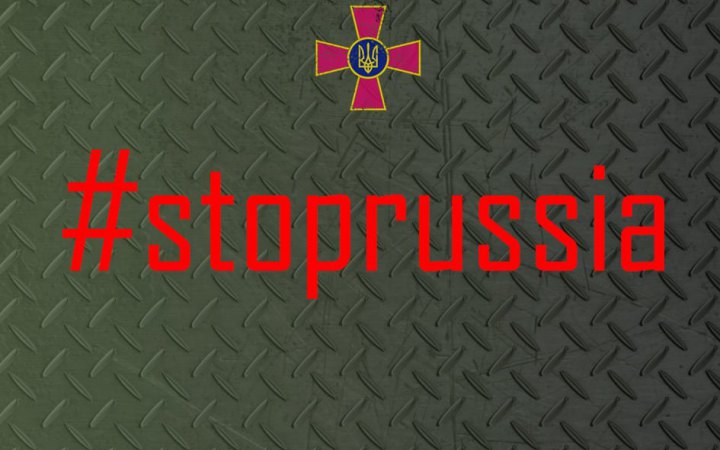 According to available information, the leadership of the republic of belarus continues to provide military support to the russian federation, in particular, another consignment of ammunition of up to 20 cars was sent to the Belgorod region, the Ukrainian Armed Forces' General Staff said in its morning update on 27 June.

In the Volyn and Polissya directions, no signs of the formation of enemy offensive groups were found.

In the Siversky direction, the enemy continues to provide enhanced protection of the Ukrainian-russian border. In addition, it continued shelling of civilian and military infrastructure in the areas of the settlements of Khrinivka and Yanzhulivka in the Chernihiv oblast. Inflicted air strikes on the settlement of Slavgorod of the Sumy oblast.

In the Slobozhansky direction, the enemy fired on units of the Defense Forces, conducted radio-technical reconnaissance and electronic warfare.In the Kharkiv direction, it fired from tanks, mortars, barrel artillery and jet artillery in the areas of the settlements of Kharkiv, Shevelivka, Pishchane, Chuhuiv, Shestakove, Zamulivka, and Ruska Lozova. It carried out assault operations in the area of the settlements of Dementiyivka and Pytomnyk, but had no success. The occupiers remotely mined the area near Fedorivka, Ukrainka, Zamulivka, Shestakove and Peremohy.

In the Slovyansk direction, the enemy concentrated its efforts in the direction of the settlement of Dolyna. Shooting from barrel artillery and jet artillery was recorded in the areas of the settlements of Bohorodychne, Adamivka, Khrestyshche, Hrushuvakha, Svitlychne and Kurulka. The occupiers also launched an air strike near Dovhenke. In order to improve the tactical situation, the enemy is advancing in the direction of the village of Mazanivka, the battle continues.

In the Donetsk direction, the enemy, with the support of artillery, is trying to blockade the city of Lysychansk from the south. It is shelling civilian and military infrastructure in the areas of Lysychansk, Vovchoyarivka, Loskutivka and Verkhnokamyanka. Enemy assault aircraft struck near Lysychansk. Fighting continues in the Vovchoyarivka area. Near Verkhnokamyanka, the Defense Forces inflicted heavy losses on the enemy and forced them to retreat.In the Kramatorsk direction, the enemy did not conduct active combat battles. It fired artillery at the districts of Raihorodok and Mayaky.

In the Bakhmut direction, it fired at our positions with mortars, barrel and jet artillery in the areas of the settlements of Spirne, Berestove, Bilohorivka, Klynove and Zaytseve. The strike of army aircraft was recorded near Pokrovsky. Our soldiers found and neutralized sabotage and reconnaissance groups near Spirne and Yakovlivka, and also repulsed the assault in the direction of Klynove. The enemy offensive in the areas of Berestove and Vershyna was stopped. The occupiers withdrew. The enemy carries out arrangement of new positions, in particular and checkpoints around Mykolayivka.In the Avdiivka, Kurakhiv, Novopavliv, and Zaporizhzhya directions, the enemy fired at the positions of our troops from barrel and jet artillery along the line of contact. It struck air strikes in the areas of Krasnohorivka, Vesele, Vuhledar, Shevchenko, Prychystivka, Marinka and Pavlivka. An enemy missile and air strike was recorded in the village of Avdiivka. Near Marinka, Ukrainian soldiers again suppressed the enemy's attempt to advance in its infancy.

In the South Buh direction, the enemy focused its main efforts on maintaining the occupied frontiers. Conducts reconnaissance, improves engineering equipment positions. It fired on civilian and military infrastructure from barrel and jet artillery in the areas of the settlements of Velyka Kostromka, Potemkine, Knyazivka, Partyzanske, Kvitneve, and Stepova Dolyna. Ukrainian aircraft struck several successful air strikes on enemy clusters.

In the Black Sea, the occupiers are holding two high-precision weapons carriers ready to launch missiles.