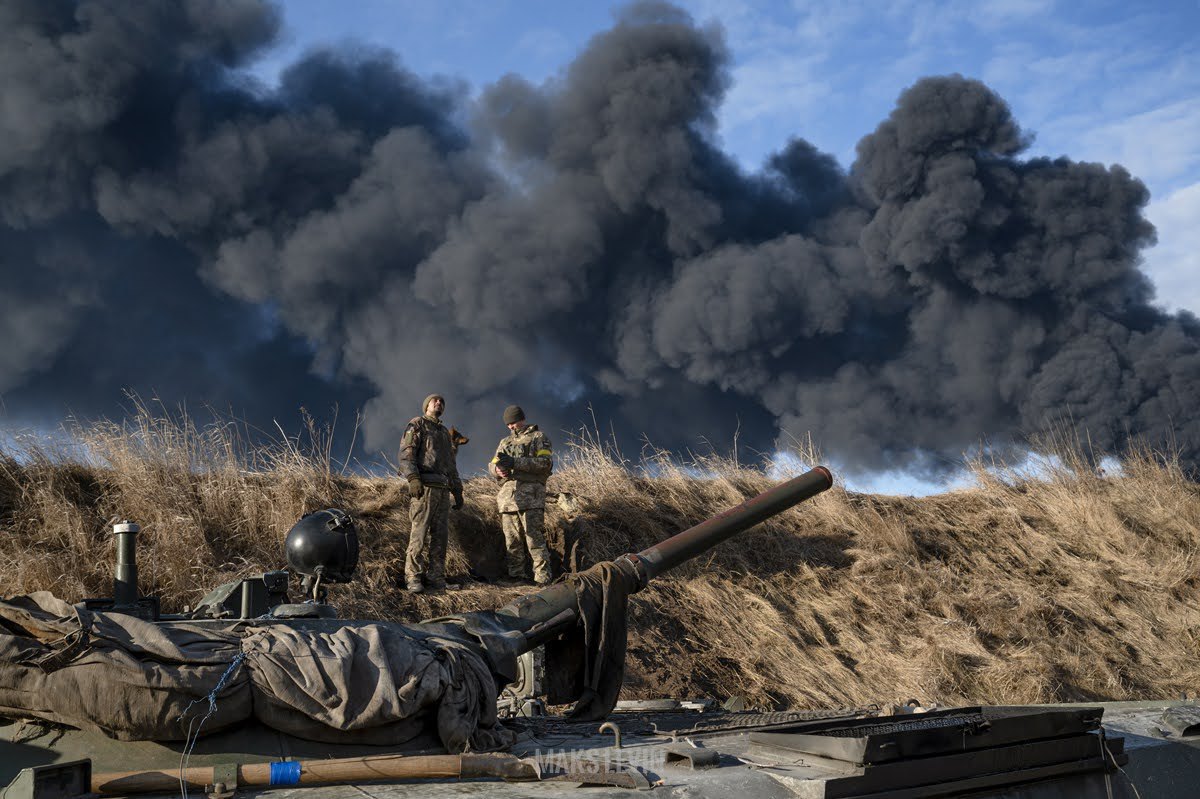 The return of Russian imperialism should come as no surprise. Russia had been rebuilding its position slowly for almost two decades right under the eye of the West. Meanwhile, the West went for a geopolitical slumber instead of maintaining reasonable vigilance. It preferred not to see the increasing problem rather than face it in advance.

Europe today is in such situation not because it was insufficiently integrated, but because it refused to listen to the voice of truth. The voice has been coming from Poland for many years. Poland has no monopoly on the truth, but in matters of relations with Russia we are simply far more experienced than others. Poland's president, Lech Kaczynski was right, like Cassandra foreseeing the fall of Troy, when he said many years ago that Russia would not stop at Georgia and would reach for more. And he also remained unheard.

The fact that the Polish voice is being ignored is just an example of the broader problem that the EU is struggling with today. The equality of individual countries is of a declarative nature. Political practice has shown that the voice of Germany and France counts above all. Thus, we are dealing with a formal democracy and a de facto oligarchy, where power is held by the strongest. In addition, the strong ones make mistakes and are incapable of accepting criticism from outside. 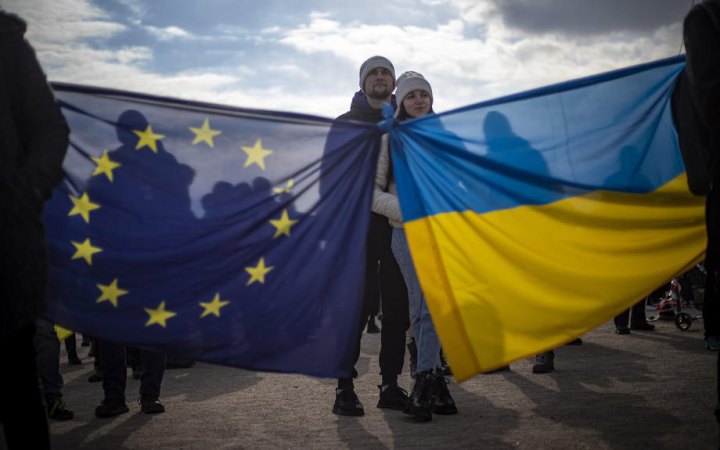 The safety valve that protects the EU from the tyranny of the majority is the principle of unanimity. Seeking compromise among 27 countries whose interests are so often in conflict can sometimes be frustrating and the compromise may not satisfy everyone 100 percent. However, it guarantees that every voice will be heard and the solution adopted will meet the minimum expectations of each member state.

If someone proposes that the EU's actions should depend even more than before on German decisions – what would mean abolishing the unanimity rule - a brief retrospective analysis of German decisions should do the trick. If, in recent years, Europe had always acted as Germany wanted - would we be in a better or worse situation today?

If all of Europe would followed Germany’s voice, not only Nord Stream 1, but also Nord Stream 2 would have been launched for many months. Europe's dependence on Russian gas, which today serves Putin as a blackmail tool against the entire continent, would be almost irreversible.

If all of Europe had accepted the German presidency's proposal in June 2021 to hold an EU-Russia summit – it would end up with the recognition of Putin as a full partner and the lifting of those sanctions that were imposed on Russia after 2014. If this proposal - blocked back then by Poland, Lithuania, Latvia and Estonia - had been adopted, Putin would have gained a guarantee that the EU would not take any real action in defence of Ukraine's territorial integrity. 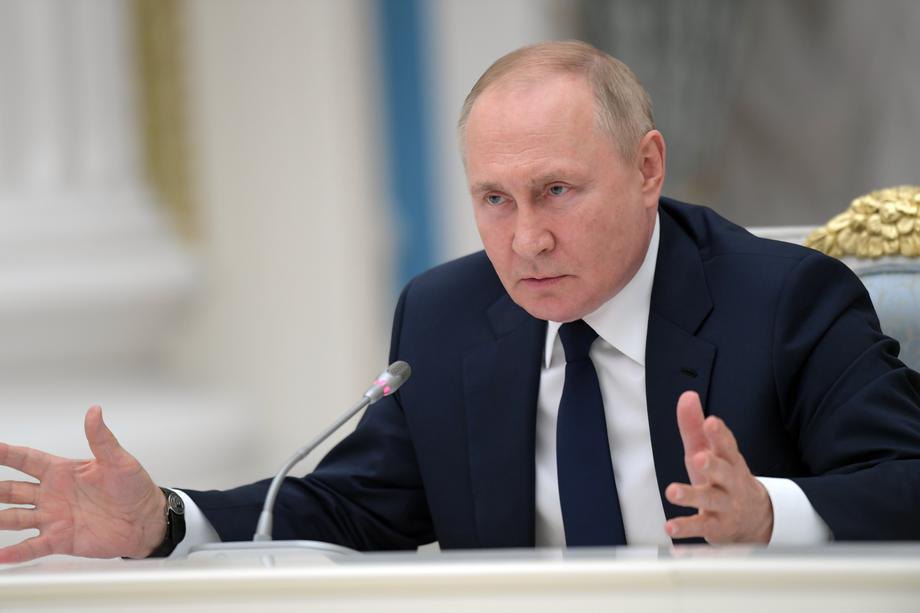 We would be an object rather than a subject of international politics today if the European Union, instead of a tough policy of defending its own borders - a fundamental attribute of state sovereignty – had also adopted the rules for distribution of migrants proposed in 2015. Back then, Putin noticed that migrants could be used as a tool in a hybrid war against the EU - and in 2021, along with Alexander Lukashenko, he attacked Poland, Lithuania and Latvia in this way. Our resilience to the next big crises would be even lower today if we had listened to open borders advocates in 2015.

Finally: if all of Europe would sent weapons to Ukraine on the same scale and at the same pace that Germany does - the war would have ended long ago. It would have ended with Russia's absolute victory. And Europe would be on the eve of another war. Russia encouraged by the weakness of its opponents would move on.

Today, any voice from the West to limit arms supplies to Ukraine, to ease sanctions, to bring "both sides" (that is, aggressor and victim) to dialogue - is a sign of weakness for Putin. And yet Europe is much stronger than Russia. 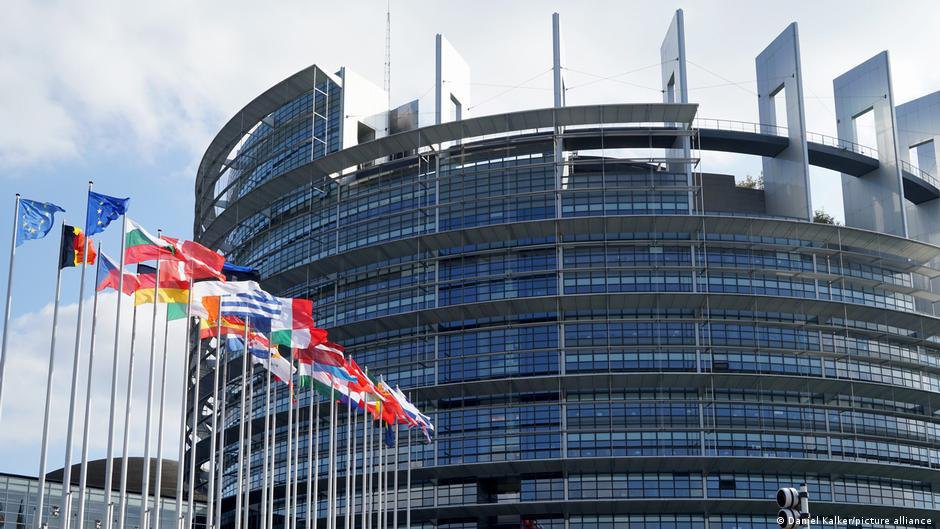 If we really want to talk on democratic values today, it's time for a great reckoning of Europe's conscience. For too long, the most important value for many countries has been the low price of Russian gas. And yet we know that it might have been so low because the ‘blood tax’ that Ukraine pays today was not added to it.

Defeating imperialism in Europe is also a challenge for the European Union itself. International organisations will only be able to successfully oppose imperialism if they themselves defend the fundamental values - freedom and equality of all their member states. This is particularly topical in relation to the European Union.

The EU faces increasing deficiencies in respecting the freedom and equality of all member states. We hear more and more that it is not unanimity but the majority that should decide the future of the entire community. Moving away from the principle of unanimity in subsequent spheres of EU activity brings us closer to a model in which the stronger and bigger dominate the weaker and smaller.

The deficit of freedom and the deficit of equality are also apparent in the euro area. The adoption of a common currency does not guarantee sustainable and harmonious development. In fact, the euro introduces mechanisms of mutual rivalry, which can be seen, for example, in the permanent export surplus of some countries, which counteract the appreciation of their own currency by maintaining economic stagnation in others. In such a system, equal opportunities remain only on paper.

These deficits make the European Union particularly vulnerable and weak when confronted with Russian imperialism. Russia wants to turn Europe into something familiar and close to it for several centuries - a concert of powers with jointly defined spheres of influence. Needless to say what such an 'international order' means for European peace. 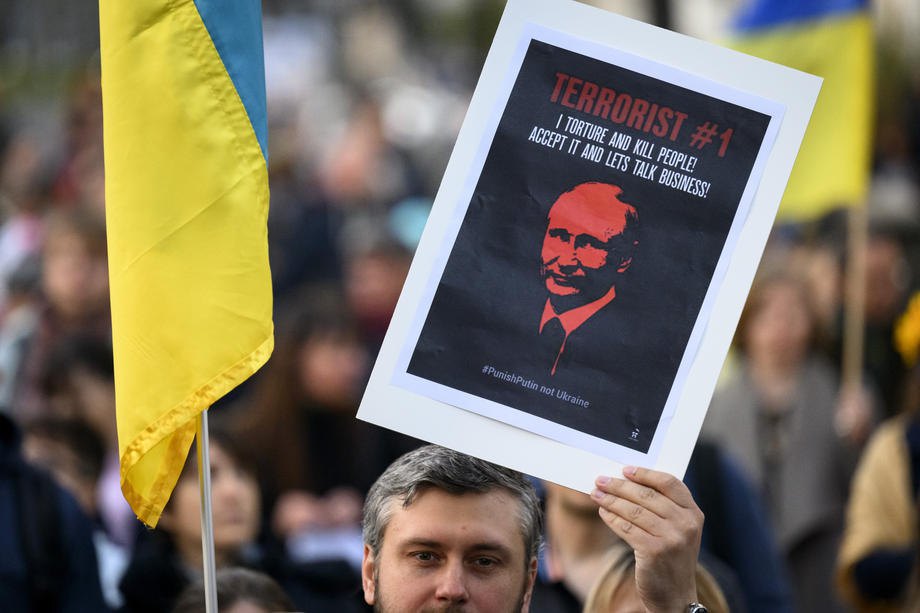 More often chances to defend the rights, interests or needs of medium-sized and small states are losing out when confronted with the largest states. It is a violation of freedoms that is enforced, often carried out in the name of the supposed interest of the whole.

Common good used to be a value which lied within the very heart of the European project. It was the driving force of the European integration since its very beginning. It is precisely what is threatened by particular interests, usually inspired by national egoisms. The system puts us in an unequal struggle between the strong and the weak. In this game, there is room for both the biggest countries holding vast economic power, as well as the small and medium-sized, deprived of this asset. The strongest ones reach political and economic domination, the latter are sentenced to political and economic clientelism. To all of them, the common good is an ever more abstract category. European solidarity is becoming an empty concept, brought down to enforcing acceptance of an actual dictate of the stronger.

Let’s just say it: the European Union order does not protect us enough from external imperialism. It is actually quite the contrary: EU’s institution and actions, while not being free from the temptation to dominate the weaker, remain exposed to the infiltration of Russian imperialism.

Therefore, I appeal to all the European leaders for the courage to think in the categories adequate to the times we live in. And we are at a turning point. Imperial Russia may be defeated – thanks to Ukraine and our support for her. The victory in this war is but a matter of our consistency and determination.

Thanks to the supplies of equipment on a scale which – judging by the West’s capability – is still relatively little, Ukraine began reversing this war’s direction. Russia keeps attacking, spreading death and destruction, committing heinous war crimes – but for almost half a year Ukrainians’ morale has not been broken. The morale of the Russian army, in contrast – as the intelligence data suggests – is becoming ever weaker. The army suffers heavy losses. The supplies of arms and other equipment are not inexhaustible, and its production by sanction-stricken industry will be more and more difficult. 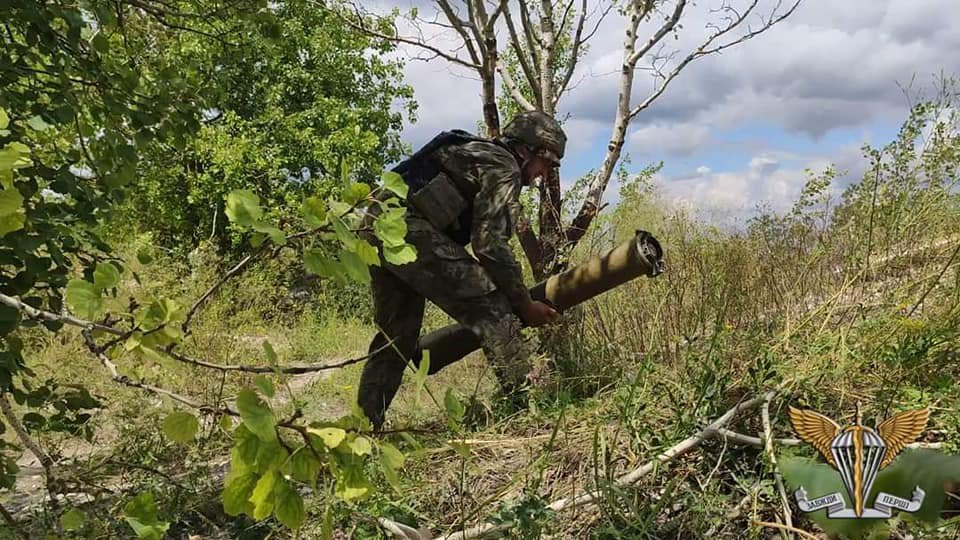 We must therefore support Ukraine in her struggle to recapture the territories that have been taken from her and force Russia to retreat. Only then, the real dialogue and an actual end to this war – and not just a temporary break preceding the next aggression – will be possible. Only such an end will mean our victory.

We must also defeat the threat of imperialism within the EU. We need a profound reform that would bring back the common good and equality to the top of the Union’s principles. It will not take place without the change of optics – it is the member-states, and not the EU institutions, that must decide about the directions and priorities of the EU’s actions, since it is the institutions that are created for the states, and not the other way round. The basis for cooperation must always be the development of consensus, instead of the domination of the strongest over the rest.

Today’s circumstances force us to think in different framework. We must have the courage to admit that the EU has not performed as it should in the face of the Covid-crisis and the ongoing war. The problem, however, is not that we walk our path to integration too slowly and should rapidly accelerate this process. The problem is that this path per se is wrong. Instead of making two steps forward, it is sometimes good to take a step backwards and look at a particular matter from a distance. The prospect of returning to the principles underlying the European Union seems the brightest one. The purpose is not to undermine, but to reinforce them instead of building across them. Europe needs hope more than ever. And hope can only be found in the return to principles, not strengthening the institutional superstructure. 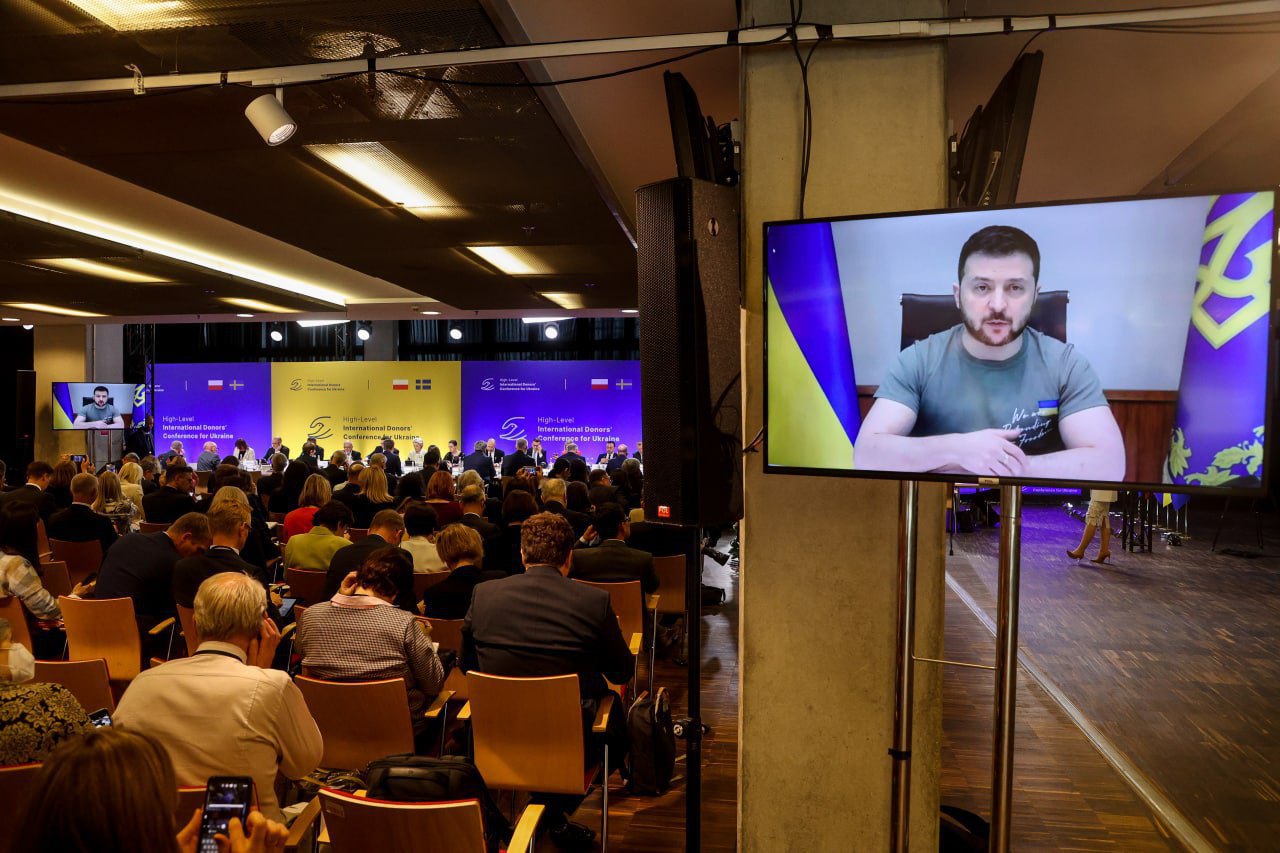