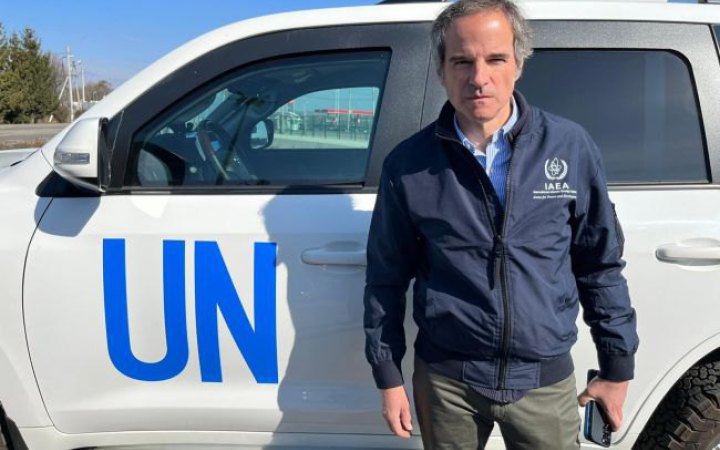 The situation at Zaporizhzhya nuclear power plant remains dangerous and unstable. A nuclear safety and security protection zone must be established there,” the IAEA Director General Rafael Mariano Grossi said, according to the press release of the International Atomic Energy Agency.

“The situation at the Zaporizhzhya Nuclear Power Plant remains fragile and precarious. Last week, we saw some improvements regarding its power supplies, but today we were informed about a new setback in this regard. The plant is located in the middle of a war zone, and its power status is far from safe and secure. Therefore, a nuclear safety and security protection zone must urgently be established there,” Rafael Grossi stressed.

According to him, yesterday's explosion at the South Ukrainian Nuclear Power Plant indicates that other nuclear facilities are in danger.

‘While we have recently focused on the urgent need for action to prevent a nuclear accident at Ukraine’s Zaporizhzhya Nuclear Power Plant – establishing an IAEA presence there earlier this month – today’s explosion near the South Ukraine Nuclear Power Plant all too clearly demonstrates the potential dangers also at other nuclear facilities in the country,” Director General Grossi said. “Any military action that threatens nuclear safety and security is unacceptable and must stop immediately,” the IAEA Director General stated.

The IAEA adopted a resolution demanding that russia stop shelling the ZNPP and withdraw its troops from there.