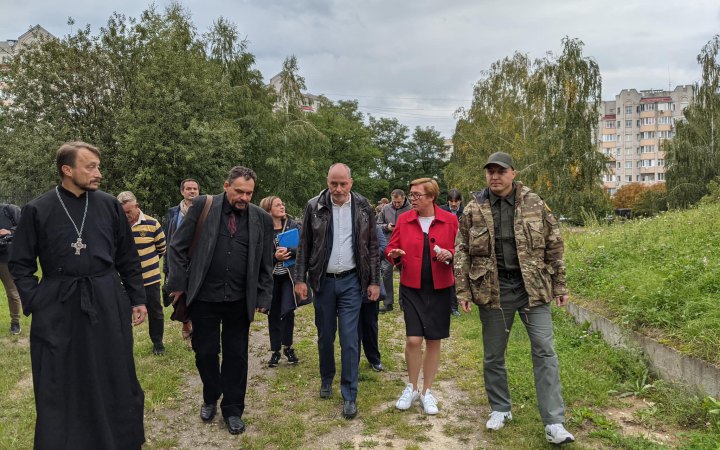 Klaus Welle, Secretary-General of the European Parliament, visited Bucha in Kyiv Region today, including the Church of St Andrew the Apostle, the city council has said.

"We saw crimes that could not be imagined in the 21st century. But now the whole world knows what Russian aggression is and what it means for Ukraine. Ukraine must win this war not only to liberate its country, its land, but also to prevent the war from spreading to the whole of Europe. Ukraine is the guardian of our continent," said Welle.

He was told how locals killed during the Russian occupation of Bucha were buried, that it was impossible to do it properly at cemeteries, how their bodies were exhumed and how many unidentified bodies were found in mass graves.

The church's head, who witnessed the terrible crimes, told him how civilians were killed in the streets, buried en masse and later exhumed, how he talks to the bereaved families.