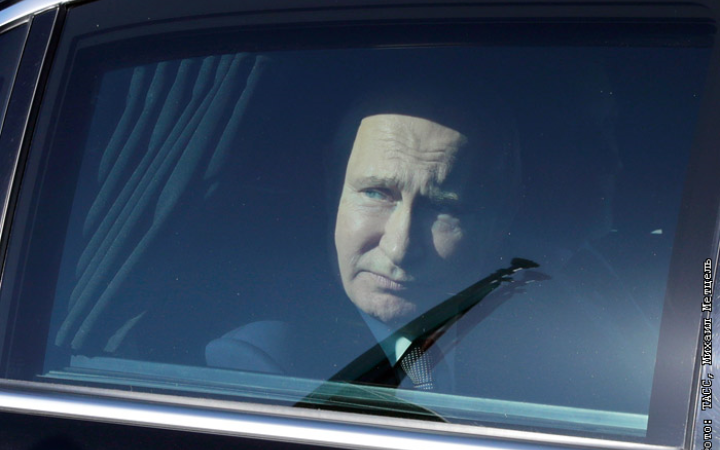 Russian President Vladimir Putin announced partial mobilization in russia. He has already signed the decree. He called sending people to war "necessary steps" to protect the territorial integrity of russia.

To report on the actual mobilization of russians for war, the Kremlin ruler in his address traditionally used the narrative of the "Western threat" to russia.

Putin said that those who are in the reserve, who have already served, have military specialties and experience will be mobilized. However, there is no such wording in the signed law. He promised russians that they would be provided with the training. However, the russian authorities are now transferring conscripts to the border of Ukraine from Leningrad Region despite the unfinished training.

Putin named Luhansk and Donetsk Regions as the main targets of the war, which russia calls a "special military operation". In case of a "threat to russia", he threatened with the use of nuclear weapons.

Regarding the pseudo-referendums in the temporarily occupied territories of Ukraine, Putin said that he supports their "accession" to russia.

After Putin's speech, Defence Minister Sergei Shoigu said that about 300,000 people should be drafted.

On September 20, the occupants almost simultaneously announced the dates of pseudo-referendums on the illegal annexation of the parts of Donetsk, Luhansk, Kherson and Zaporizhzhia regions captured by russia. These fake events are scheduled for September 23-27. Russian stock exchanges reacted to this information with a sharp drop in shares. In addition, yesterday the Russian parliament introduced criminal liability for voluntary surrender. Before the announcement of partial mobilization, the Kremlin tried to recruit soldiers among prisoners serving their sentences.

Foreign Minister Dmytro Kuleba said that the holding of pseudo-referendums by the russian federation in the temporarily occupied territories of Ukraine will not change anything. Ukraine will continue to liberate its land. Deputy Prime Minister for TOT Iryna Vereshchuk, for her part, called on Ukrainians not to participate in the occupiers' sham activities.

Head of the Presidential Office Andriy Yermak stressed after the first reports on the preparation of urgent pseudo-referendums that it indicates the fear of defeat.

According to the US, Sergey Kiriyenko, the first deputy head of the russian presidential administration, is in charge of organising the pseudo-referendums in the temporarily occupied territories of Ukraine. In late August, a State Department official noted that these fake referendums could take place in the coming weeks, but Ukraine, the United States and the international community know that no matter how many russian soldiers and puppet officials are brought, the Kremlin will not be able to change the borders of sovereign Ukraine by force.

According to U.S. intelligence, russia was also preparing a "referendum" for the Kharkiv region, but at that time Ukrainian defenders had not yet launched a counteroffensive, as a result of which they liberated a significant part of the territory.