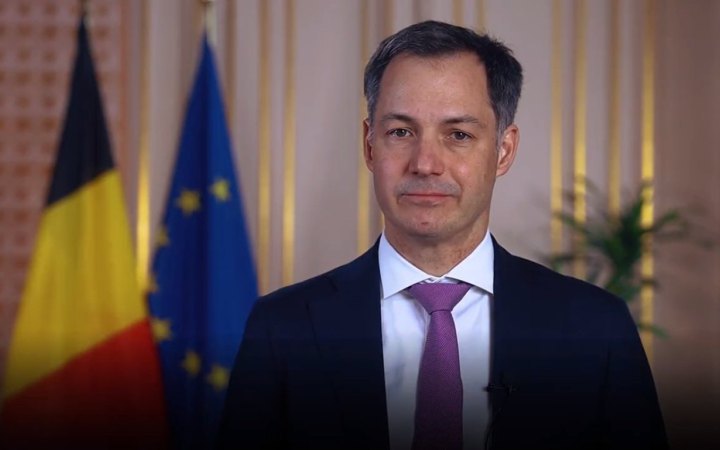 Belgian Prime Minister Alexander de Croo believes that the international community should react to the statements of russian President Vladimir Putin on partial mobilization and nuclear blackmail with the necessary calm. At the same time, the Kremlin should not threaten the West.

The RBC Ukraine reported this referring to the VRT News.

"We must not fan the flames. We should not provoke. On the other hand, we should not be intimidated either. We must clearly stick to our position and continue to support Ukraine," de Croo said.

He also mentioned Belgium's supply of weapons to Ukraine.

"Belgium has already provided weapons and funds worth €55 million. We will continue to do this in those areas where we are strong," the prime minister stressed.

De Croo added that Ukraine has the right to return its own territory.

"We cannot accept russia's aggression, but we must remain calm, even if russia speaks a threatening language, which is unacceptable," he said.

On 21 September, Putin announced partial mobilization, which is starting today. He also promised to support fake referendums in the occupied territories of Ukraine. Putin plans to send 300,000 reservists to the war in Ukraine.

At the same time, russian Defence Minister Sergei Shoigu said that after almost seven months of the war in Ukraine russia has lost less than 6000 people. According to the official data of the General Staff of the Armed Forces of Ukraine, the russian occupiers have already lost about 55,110 servicemen in Ukraine since the beginning of the full-scale invasion.

The Ministry of Foreign Affairs of Ukraine stressed that the partial mobilization in the russian federation is a rather severe "self-harm". It will have serious consequences in the long haul.