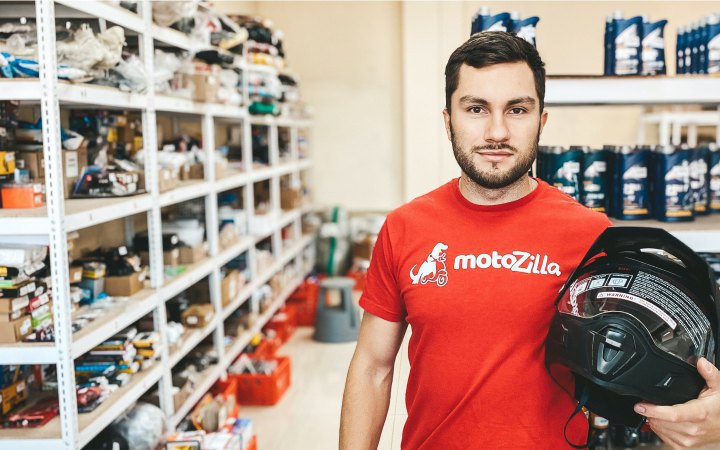 The next year will delight all speed connoisseurs with loud premieres of new motorcycles, the Motozilla company says. The article will talk about the most interesting models of motorcycles that can be purchased in 2023.

The appearance of the new cruiser does not differ from the two previous models, the working volume of which is 700 cubic meters. The nameplate "V4" will tell about the presence of a four-cylinder power unit.

The manufacturer promises that the motorcycle can reach a maximum speed of 190 km/h. There are single disc brakes at the front and rear, and a Bosch ABC system is also installed. The weight of the novelty is 241 kg, and the low landing ensures increased stability on the roads.

The cost of the basic configuration with a 500 cc engine. will be about UAH 140,000. The new product will go on sale in early 2023. Experts predict the success of the motorcycle in the Chinese market.

Over the past few years, the popular model of the Honda African Twin motorcycle has undergone minor changes. However, the manufacturer decided to release an updated version of the flagship African Twin CRF1100L expedition model, which will go on sale in 2023.

The basic configuration and power of the African Twin 2023 remained unchanged. The volume of the two-cylinder engine is 1084 cubic centimeters, 94 horsepower. The initial cost of the motorcycle is about UAH 900,000.

The Z900 and Z650 models will be available to buyers in new color solutions in 2023. In this way, the manufacturer plans to attract the attention of buyers and strengthen the influence of the brand on the market of premium motorcycles. In new colors, the models look very impressive, which will not significantly raise the price of the bikes. The release date is the beginning of 2023.

For sale in India, the Royal Infield company decided to release a new Hunter 350 model. The motorcycle is aimed at long trips, made in a retro style. The cost of the novelty will be approximately 150,000 rupees (60,000 UAH). Bike lovers will have 3 options available:

The bike is equipped with a single-cylinder engine with a capacity of 20.2 horsepower and air cooling with a volume of 349 cubic centimeters. The maximum declared speed of the novelty will be 114 km/h. The Royal Infield Hunter 350 is equipped with a 13 liter fuel tank. All motorcycles weigh 181 kg. The diameter of the front brake disk is 300 mm, the rear - 270 mm, there is also a two-channel anti-lock system. The suspension of the novelty is equipped with a 41-mm telescopic fork with a casing, as well as dual rear shock absorbers that have 6-step preload adjustment.

The dashboard of the bike has 2 modules, one of which houses the odometer, odometer, speedometer and fuel level. The second module is the Tpipper navigation system. As an addition, the following accessories will be available to buyers: a mosquito net, a trunk, and others.

The Japanese Kawasaki HEV sports bike is equipped with a Ninja250 or Ninja400 series body and has dual disc front brakes. A feature of the bike is the presence of a battery and a two-cylinder engine.

The company also presented a fully electric model of the bike. The motorcycle does not have a fuel engine, and the presence of a battery is indicated by the EV inscription placed on both sides of the bike. The engine is located in the middle. The motorcycle is equipped with a chain drive. The battery was placed in front of the engine. It is assumed that all associated electronic components will be housed in the fuel tank housing. The approximate time of release of the new product is the end of 2022.

For a long time, the manufacturer Benelli kept information about the new motorcycle a secret. However, the sudden announcement of the start of sales of a new product in the tourist bike segment stirred up the Chinese market. The initial price of TRK 502 will be about 200 to 220 thousand UAH, which makes the new product more affordable for buyers.

High fenders, a sharp nose and a small windshield give the motorcycle an aggressive look. The manufacturer endowed the novelty with double main optics with LEDs. The driver's seat is low, there is also room for a passenger.

The power of the bike is 76 horsepower, and the engine volume is 693 cubic meters. The standard model will be equipped with tire pressure monitoring sensors, as well as heated seats and a steering wheel.

At the end of July 2022, the English company Triumph Motorcycles announced the start of sales in the Indian market of the new Speed Twin 900. The new bike will be available in several colors: Triumph Jet Black, Matte Ironstone, Matte Silver Ice. The novelty is made in a retro style: a round headlight and rear-view mirrors, two-sided exhaust tanks, and a teardrop-shaped fuel tank.

The volume of the two-cylinder engine is 900 cubic meters. The motorcycle is equipped with a 5-speed gearbox. Engine power is 64 horsepower. Alloy wheels are installed on both wheels.

The novelty is equipped with a tubular steel double frame, telescopic fork and double rear springs.