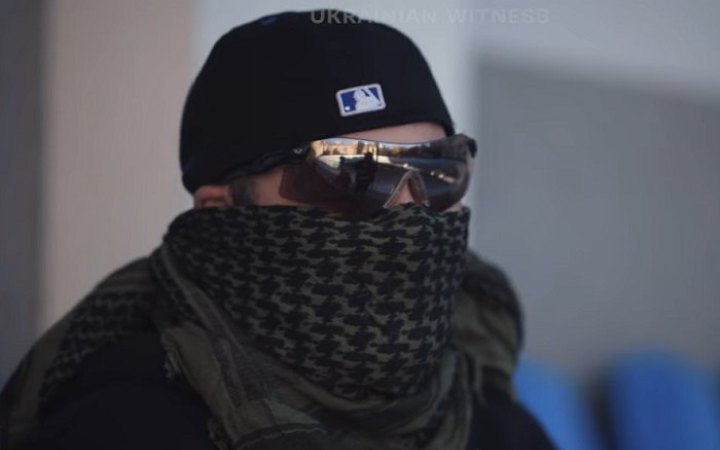 The Ukrainian Witness project told about a British sniper with the call sign Pryvyd (Ghost), who defends Ukraine from Russian invaders.

He has served in Iraq, Afghanistan, Bosnia and Nigeria. He is a sniper who hides his identity and usually avoids journalists.

"The last straw was the fact that Russians are killing children. I do not like it and I will not tolerate it. I hate Russians for that," he says. The man had been thinking about his participation in this war for three weeks, and his mother tried to talk him out of it several times. "But I felt like I was drawn to Ukraine. I had to go and fight, and my mom is not worried about me now," says Pryvyd.

According to him, the military was in Afghanistan three times and twice in Iraq. He also fought in the hot spots of Bosnia and Nigeria. He has 20 years of service in the British Army, 15 of which as a sniper.

In Ukraine, he survived a 19-hour bombing and was wounded. Now he is undergoing rehabilitation and is very eager to return to the front.

"All they [Russians] need to know is that we will win," he says.

Pryvyd also explained why the Russian army cannot be considered professional. "A Russian soldier shot at me three times at close range and missed. I killed him," he said.

The legionnaire also has his own list of people he would like to eliminate. This list, in addition to Russian commanders and generals, includes Aleksander Lukashenko and Hollywood actor Steven Seagal. The latter is known for his pro-Russian position and is even a member of one of the Russian political parties.

The military admits that this war will be the last one for him. And after the victory he wants to stay in Ukraine, he says - he has not met better people than here anywhere in Europe.

It should be noted that the work of Pryvyd in the Ukrainian Armed Forces is completely legal: with the permission of the Government of Ukraine, the man joined the ranks of the International Legion, which was formed this year in the Armed Forces. Volunteers - citizens of other countries serve in this military unit, and it was created specifically to combat Russia's full-scale invasion of Ukraine.