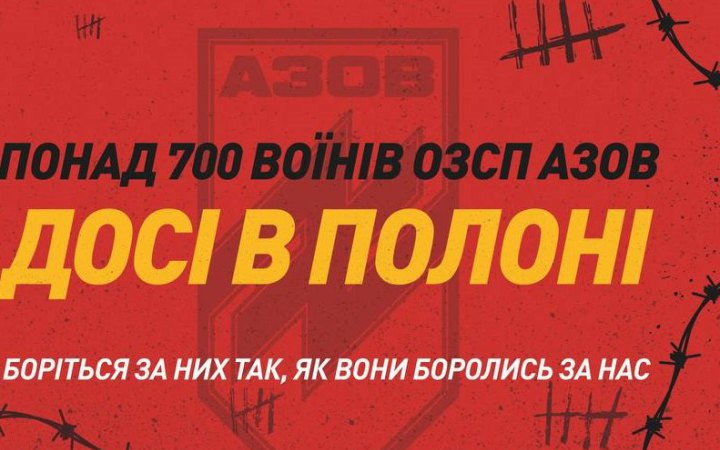 "For 185 days more than 700 soldiers of the Separate Special Forces Detachment Azov have been in Russian captivity. Today is exactly six months since the fighters left Azovstal," the statement reads.

The regiment notes that "the fighters of Azov continue to fight for victory on the front line, and those who are in the hands of the enemy are fighting their own battle".

"They are heroes that their families, colleagues and country need alive. They are a symbol of resilience, courage and steel will. And Azov will fight for each of them," the regiment noted.