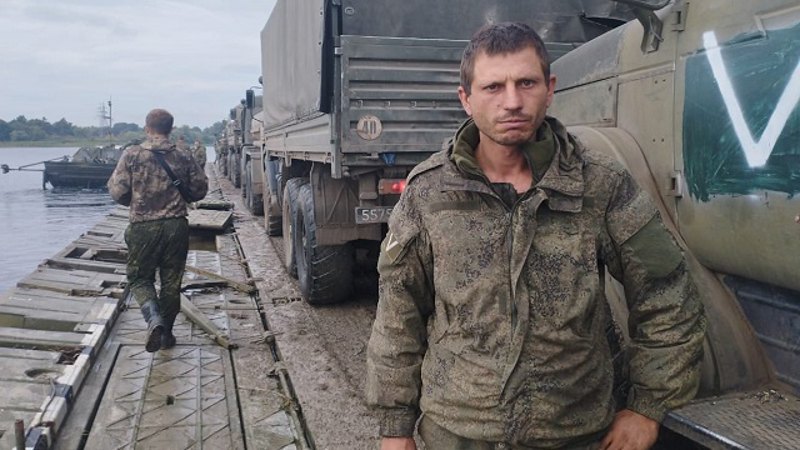 The enemy was retreating under fire by boats, ferries, and on foot via the bridge made of barges, mostly using mines, the destruction of bridges and an advantage of several hours as their cover.

It needs time to restore control, to replenish and rotate troops, to create new depots to replace the ones abandoned on the front line, to replenish the storage bases of armoured vehicles and trucks instead of those left on the right bank – it may take more than one week.

The lateral route from Armyansk to Nova Kakhovka is under our fire, in particular of cannon artillery.

The E97 highway will be targeted all the way to the peninsula.

The M-14 highway from Melitopol is under fire.

The Chaplynka airfield is in the zone of fire damage, and it is already happening, there are fires and detonations.

A helicopter landing site of the Russian Armed Forces and a reserve airfield are no longer available.

Armyansk itself is within the radius of MLRS destruction - the entire western route of supply from Crimea is under attack. 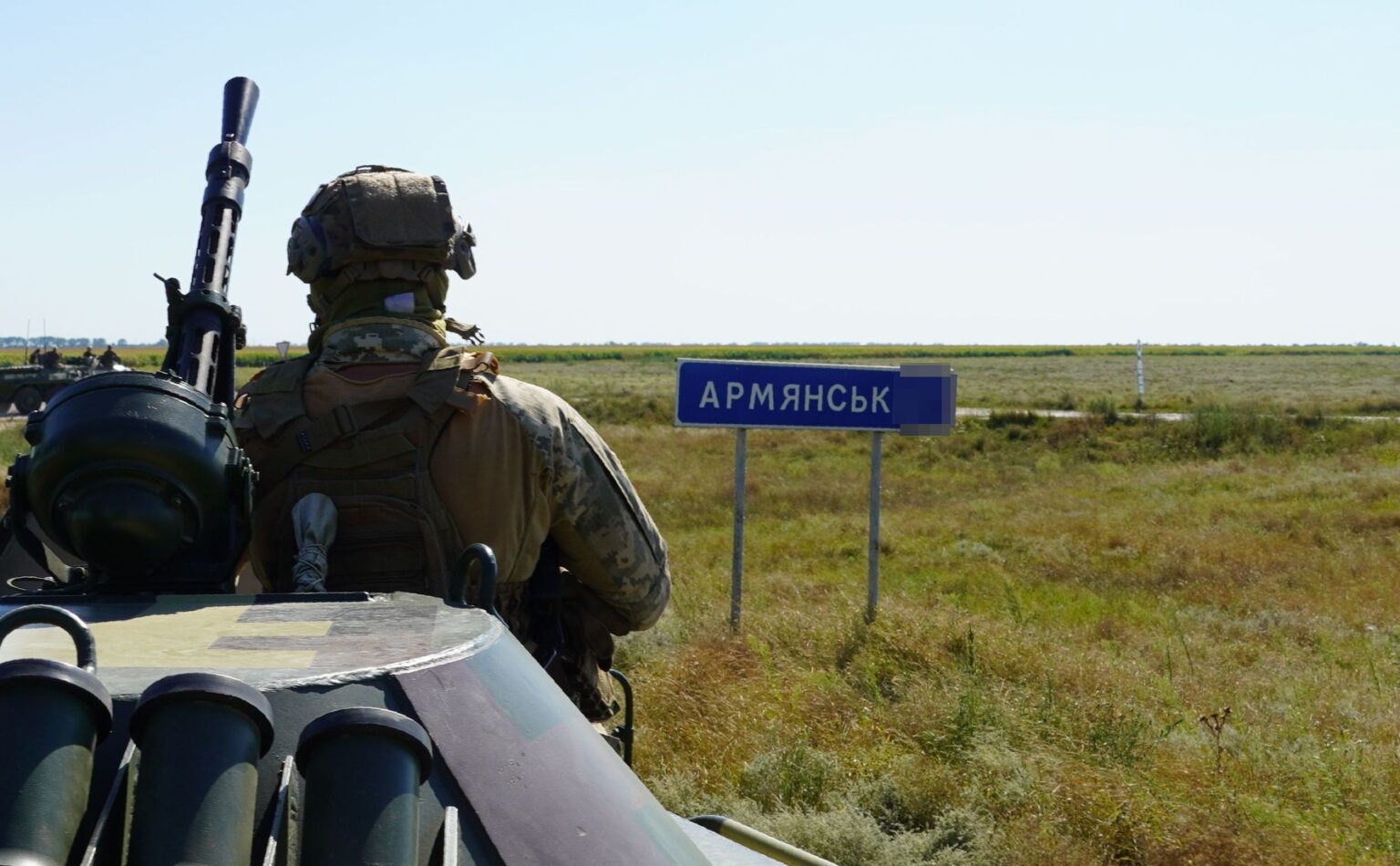 From direct as well as remote mining systems, such as both MARS and 155-mm shells. We can set up combined fields against tanks and infantry without even bringing explosives experts and small groups to the left bank.

That is, the Kremlin has the same problems in the sector as it had in Kherson, but without a large river behind it. It cannot concentrate logistics in large nodes because they are vulnerable to Western high-precision weapons.

We will have to act on the go, distract air defence that will need to cover the arms depots in the area that is vulnerable to anti-radar missiles and M3031 up to the isthmus.

All this puts a burden on the rear services, requires deconcentration, a pool of vehicles, and greatly exhausts the personnel.

The Armed Forces of Ukraine, on the contrary, have tightened the front - from Oleksandrivka near the Dnipro Bay to Dudchany in the north, Ukraine had to keep mechanized brigades along the 200-km-long front line in a rather difficult steppe zone. 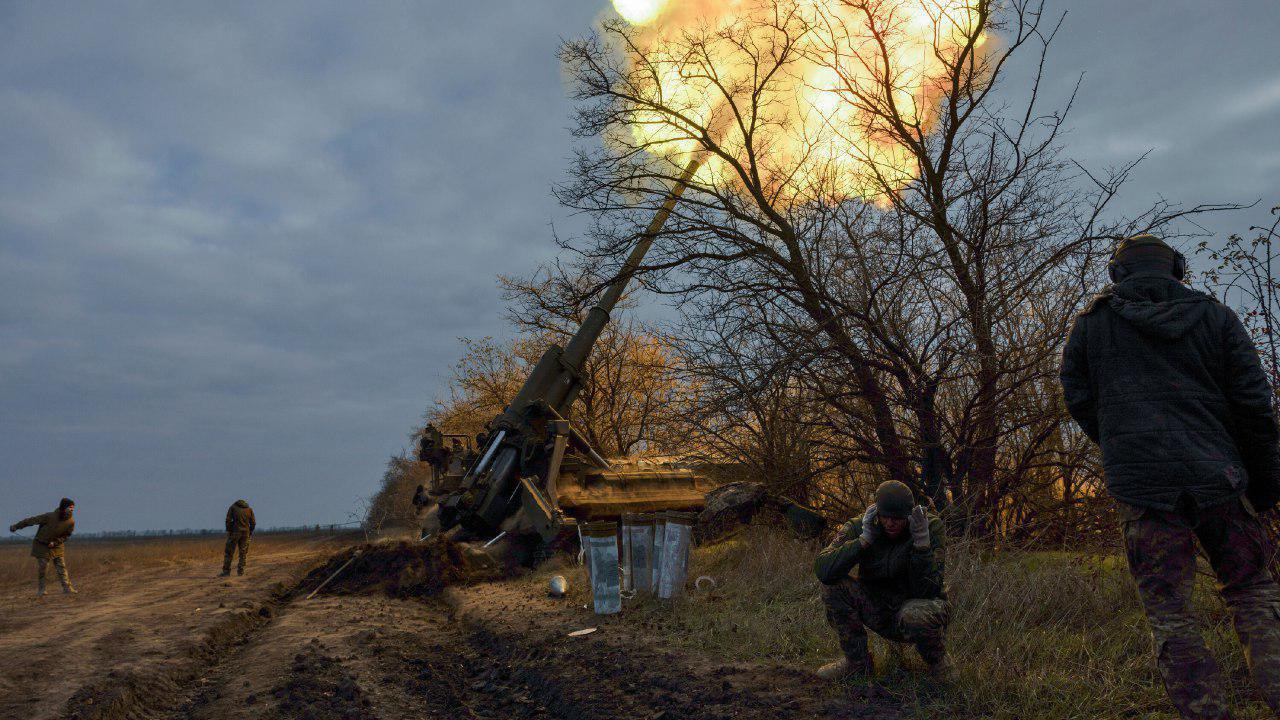 
This required up to 50 battalions, including the National Guard, police, the Territorial Defence, for example, from Kryvyy Rih, Mykolayiv and Kyiv.

We will not name the units, but these were the Reserve Corps, tank brigades, the National Guard, marines and mountain units.

The enemy has good artillery in the sector, sometimes it uses attack drones and high-precision shells, but it does not yet have such an assortment as M-30/31, Smarts, Excaliburs, Bonuses. Consequently, the issue of the operational rear and arms depots up to the last kilometers is not so pressing for us.

Now, being able to rely on Beryslav and Kherson, across the big river the Ukrainian Armed Forces will no longer need a lot of tracked vehicles, maneuver groups in case of a breakthrough and many artillery units to suppress supplies and Russian counter-battery fire.

Even the Territorial Defence, the National Guard, motorized units and other light infantry will be able to hold the Dnipro bank by placing mines and pickets.

Especially since during the "organized maneuver" the Russians left us T-62 and BMD APCs at least for a tank battalion, there will be something to strengthen the remaining units with. 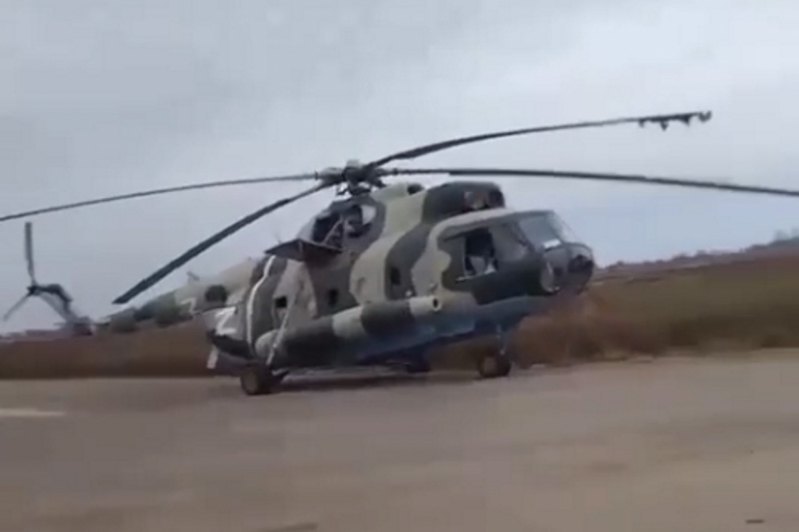 Photo: Screengrab
During the liberation of Chornobayivka in Kherson District, Ukrainian servicemen took a Mi-9 helicopter as a trophy

Even if we believe Russian open sources that they had withdrawn 30,000 people, this means up to 30 battalions, plus the rear, artillery and staffs. It is impossible to transfer such a group without leaving hardware on the front line. Especially since there were large-scale losses after the breakthrough of the northern section of the front to Dudchany.

And it is better to spend the winter in Kherson, even if the Russians blew up power generation facilities and power lines during their withdrawal, than to keep troops on the line, trying to protect the long coast and Dnipro up to Enerhodar.

Ukraine has liberated the regional centre where we can recruit people, water supply to Mykolayiv will be restored in three to four weeks, sooner or later the electricity supply will be restored too.

In addition to providing for a fuller operation of bakeries, hospitals, the rear and repair facilities, reduction in the number of attacks by S-300 and other surrogate systems, this will generally make the region more stable in terms of security.

The more local resources and people in the south will be involved in the Defence Forces, the more we will have our hands free to maneuver outside the Operational Command South to work in other areas of the front. 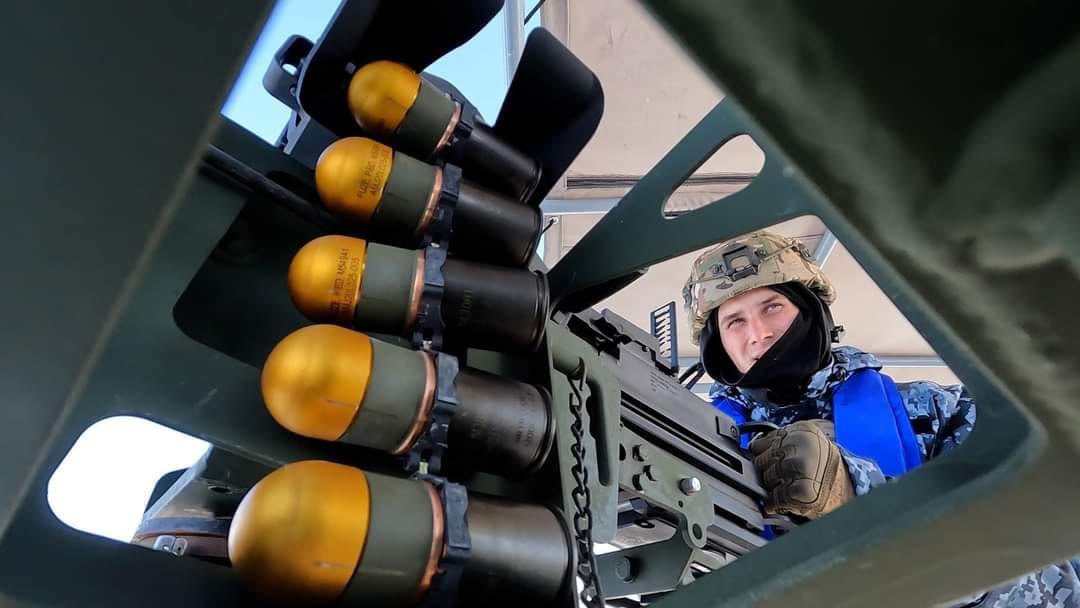 
The entire right bank from Bilozerka to Dudchany is hilly while the enemy is located along the Hola Prystan-Oleshky-Nova Kakhovka line in the lowlands. They offer ideal targets for our artillery, in particular, for some of those 4,000 Excaliburs which the Americans gave us.

The mouth of the Dnipro is a scattering of islands and old riverbeds, which turns the theatre of war here into a comfortable arena for the Ukrainian Special Forces and "frogmen".

Kherson ports - both river and sea - rarely freeze, which means that they can be used all year round.

After our raids on the Kinburn Spit, the enemy is still reaching Ochakiv by tactical means, so the task No 1 is to resolve this issue.

Meanwhile, the Black Sea Fleet is still restricted to the Sevastopol Bay after the drone attack. The latest satellite images show that the frigate of the 11356 project is in the same position, the same side to the shore.

It would be nice if its power equipment was hit – it is Ukrainian-made, which will provide Russian repairmen with many pleasant weeks of work.

But in general, the reasons for the summer transfers of boats and another batch of 40 boats in the recent US aid package become clear. 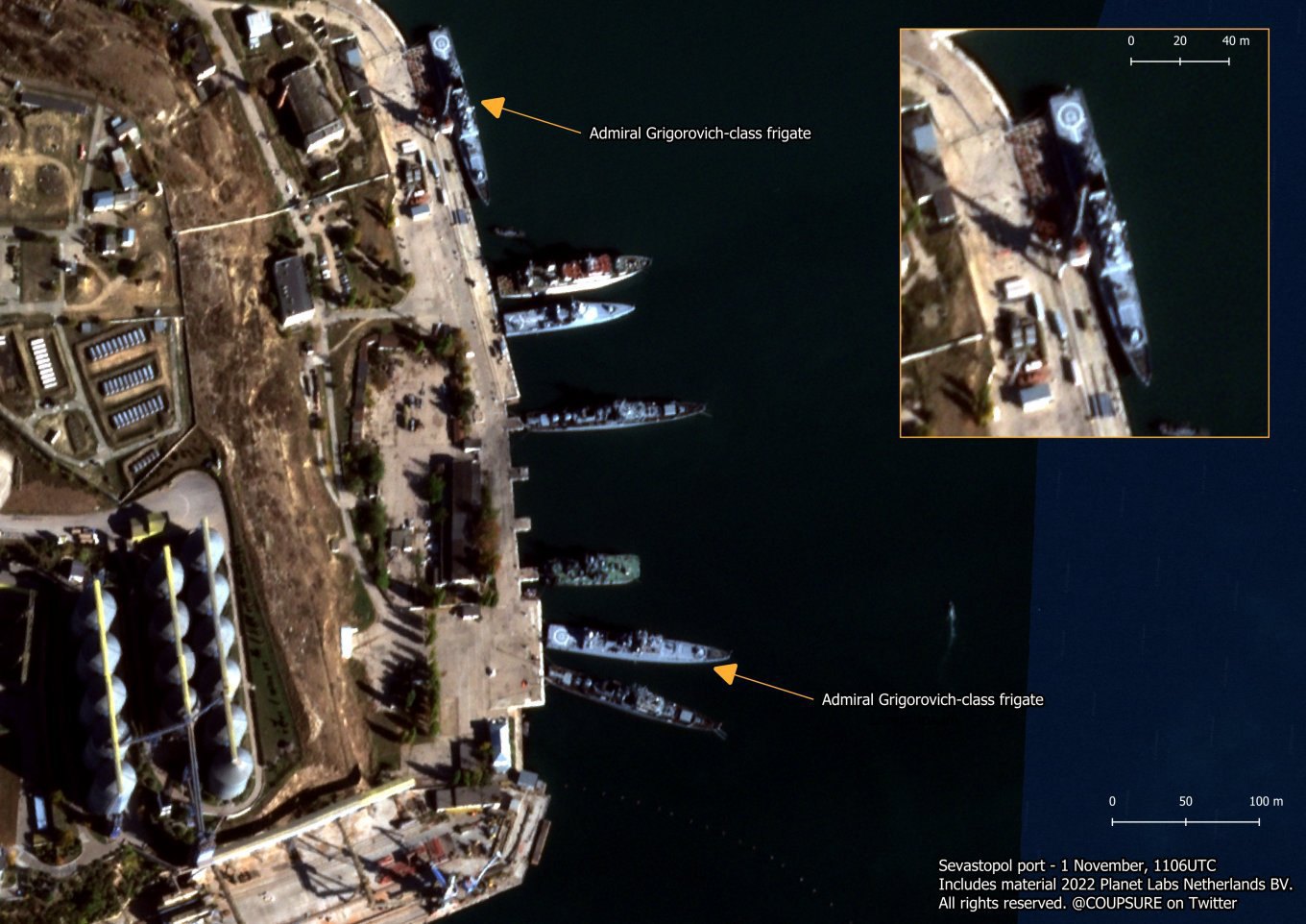 Boat warfare in the Dnipro mouth, in the network of islands and raids across the Dnipro, not necessarily for landing or using as a bridgehead, will work well in the sector.

One may go out at night in a small group through the ramp, attack the stronghold, shower it with anti-tank mines and land mines, set up a mortar battery on the islands, hit the column with an anti-tank missile launcher.

All this will shake the enemy's flanks, destroy supplies, require overstretching forces in patrols and coastal protection.

In the floodplains and estuaries, we can make ambushes with MANPADS to hunt army aviation and assault aircraft, we can land teams with anti-tank missile launchers and sniper pairs, infiltrate small groups, drone operators and fire controllers.

Going under the cover of artillery in urban conditions and realizing that if the Russians could counterattack, they would not have withdrawn troops, blowing up bridges. 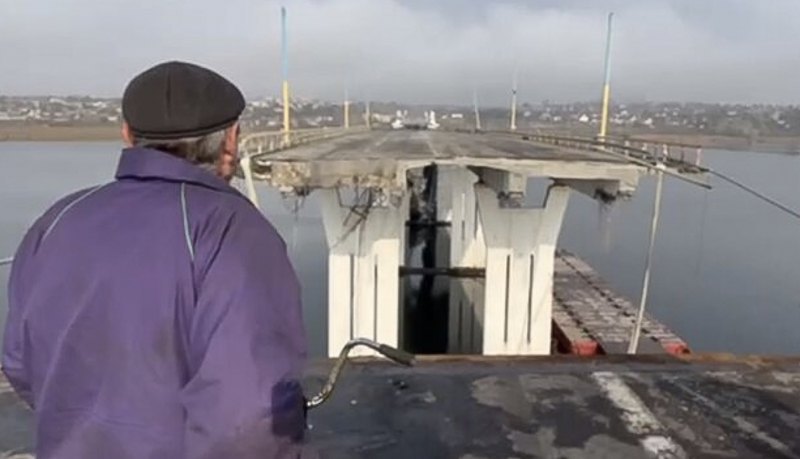 
Well, and the constant fire - judging by the fact that the White House requested money from Congress to restore missiles to MLRS sent to Ukraine, the amount there is well over 3,000 pieces.

However, taking into account the airfields of Crimea and air superiority, as well as the fact that the enemy was able to withdraw its battered units and avoided defeat, it retains combat capability in the sector. We must not give Russia time to train mobilized conscripts and conduct engineering equipment of positions, and strive for our anti-ship missiles to reach the Skadovsk-Zaliznyy Port line, which will quickly stop attacks on cities outside the red zone with sea-based Kalibrs. This means that the fighting in the south will continue and it is unlikely that the operational pause will last long.