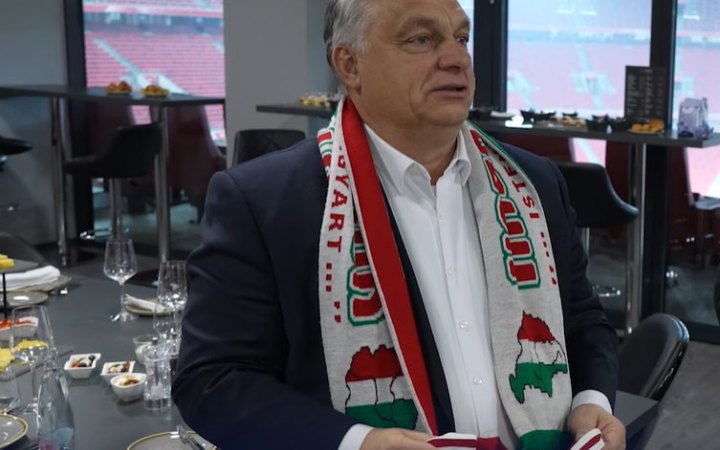 The Ministry of Foreign Affairs of Ukraine will summon the Hungarian ambassador and is waiting for an official apology from Budapest after the scandal with the scarf of Hungarian Prime Minister Viktor Orban, Foreign Ministry spokesman Oleh Nikolenko said on Facebook.

"Promoting the ideas of revisionism in Hungary does not contribute to the development of Ukrainian-Hungarian relations and does not comply with the principles of European policy," the statement reads.

Nikolenko added that the Hungarian Ambassador would be invited to the Ukrainian Foreign Ministry to inform him about the unacceptability of Viktor Orban's actions.

"We are waiting for an official apology from the Hungarian side and refutation of encroachments on the territorial integrity of Ukraine," the Ukrainian Foreign Ministry spokesman said.

Hungarian Prime Minister Viktor Orban attended a friendly football match between Hungary and Greece in Budapest wearing a scarf with the image of "Greater Hungary". The map of Hungary on his scarf includes parts of the EU countries: Austria, Slovakia, Romania and Croatia, as well as the regions of present-day Serbia and Ukraine, which belonged to the Kingdom of Hungary until the end of World War I.

The Romanian Foreign Ministry conveyed "strong disapproval" to the Hungarian ambassador and called any manifestation of revisionism unacceptable.