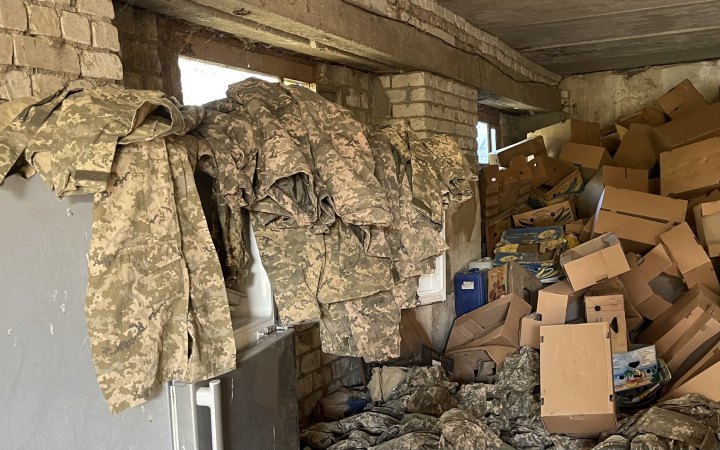 Uniforms of the Armed Forces of Ukraine were found at the positions abandoned by the Russian occupiers in Kherson Region, the press service of the 28th Separate Mechanized Brigade named after the Knights of the Winter Campaign has said.

"The positions abandoned by the ruscists in Kherson Region once again confirm that our enemy is a terrorist," it said.

The brigade found a warehouse of Ukrainian military uniforms in which soldiers of the 20th Motorized Rifle Division of the Russian Federation dressed during provocations and intimidation of civilians.