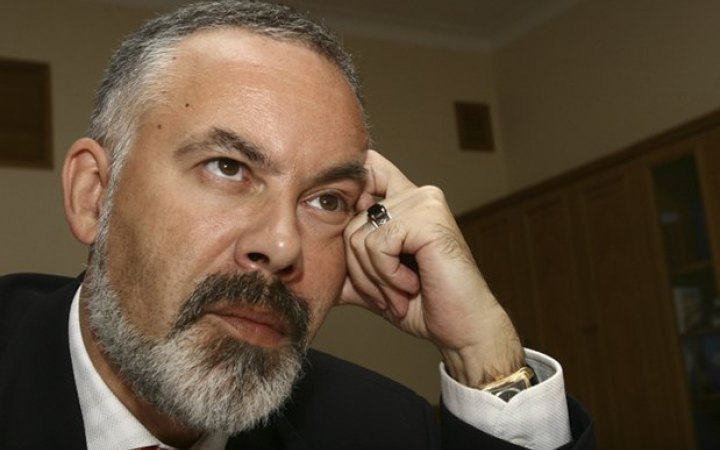 Dmytro Tabachnyk, the minister of education under disgraced President Viktor Yanukovych, was served a notice of suspicion of treason. According to law enforcement, he collaborated with Russia-installed officials in the occupied parts of Kherson and Zaporizhzhya regions, Volodymyr Saldo and Yevhen Balytskyy, the press service of the Prosecutor-General's Office has said.

As noted in the notice of suspicion, no later than 1 May 2022, Tabachnyk "agreed to cooperate with representatives of the Federal Security Service of the Russian Federation and decided to assist the latter in carrying out subversive activities against Ukraine".

In particular, on 1 May , Tabachnyk arrange a contact between Saldo and Balytskyy and Russian Deputy Health Minister Andrey Plutnitsky. They had to organize and establish processes in the field of health care in the temporarily occupied territories.

The suspicion also contains the dates of Tabachnyk's contacts with Saldo and Balytskyy, as well as phone numbers and details of such conversations.

Among other things, Tabachnyk prepared a draft document titled "Memorandum on the need to provide armed protection of vital facilities, primary schools, medical institutions and polling stations in Zaporizhzhya and Kherson regions" signed by Balytskyy and Saldo.

Later, on 16 August, Tabachnyk handed over to a Russian FSB officer the information about Balytsky's incompetence in solving the issues of creating a network of pharmacies in the temporarily occupied territory and pricing for pharmaceutical products, as well as improper storage of vaccines and insulin.

"Thus, Dmytro Volodymyrovych Tabachnyk is suspected of committing a criminal offence under Part 2 of Article 111 of the Criminal Code of Ukraine - high treason, that is, an act deliberately committed by a citizen of Ukraine to the detriment of the sovereignty, territorial integrity and inviolability, defence capability, state, economic or information security of Ukraine: providing assistance to a foreign organization or their representatives in conducting subversive activities against Ukraine, committed under martial law," the document reads.