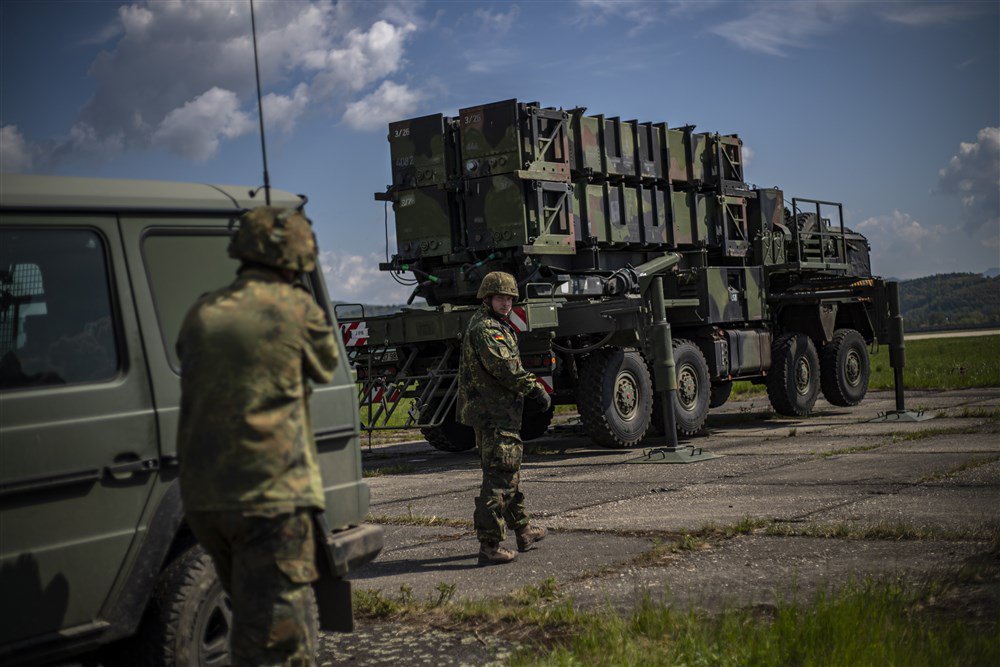 They gave us the American Patriot missile defense system, there are a few dozen batteries mothballed, the European SAMP-T missile defence system will be deployed in the country, and more anti-drone artillery systems will be accumulated. According to the German manning table, the Gepard regiment includes 36 vehicles, while we will get 50 from the Germans alone. What is more, the British and Italians promised barrel anti-aircraft guns.

Lookouts equipped with man-portable air defence systems and mobile groups proved effective: there are dozens of confirmed downed aircraft worth over a million dollars.

The USSR could not pelt Afghanistan with missiles, with the Finance Ministry slapping the army on the wrist, and neither will they be able to pull it with Ukraine.

Quite a reasonable opinion - I share it, and so it will be. Older missiles, more and more failures, monthly production will not be able to keep up.

According to the second scenario, the missile war will continue until the end, and when negotiations on the withdrawal of troops or the transformation of the current line of contact into a demilitarized zone, following the example of the two Koreas, will be in progress, a couple of tonnes of cast iron will target some metropolis.

Just because the chipmunk people [Russia] can.

I will dress in yellow for the New Year and spoil the holiday for everyone because it will be a costume of shit.

In terms of senses, Moscow will use the Red Russia's strategy against the Entente.

Back then, in 1918, everyone was also far superior to Russia in terms of GDP and technology. They occupied half of the country but were preoccupied with their Spanish flu, their crises, revolutions, i.e. their own problems.

In the meantime, the empire was being reassembled. 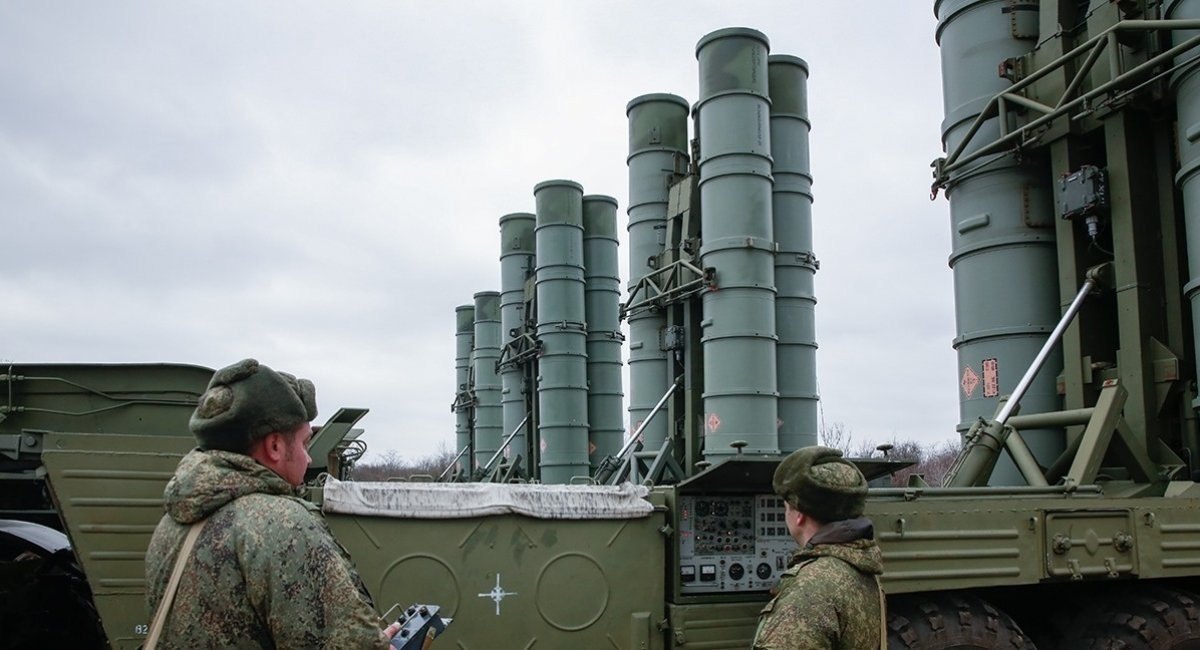 
With this goal in mind, they will use everything: Tochka, missiles used with S-300; they will convert anti-ship missiles; smuggle Western electronics through proxies; buy ready-made delivery vehicles from Iran.

It is quite a logical idea - I share it, they will try to do so.

To be honest, both options are possible at the same time. I am not sure whether it can be called the third one.

Indeed, they failed to defeat Afghanistan, but we should not forget what condition Afghanistan was in at the time of Soviet withdrawal.

The USSR spent more than 1,000 Scuds, scraping the bottom of the barrel, so that there were about 170 pieces left in the warehouses of the centre and in emergency reserves.

And so they had to use the old "echo" of their stock, 2,200 units. That flew with the accuracy of several blocks back and forth.

Moreover, they used not even an export option, but as they were, without changing the armature and mounting of the head: some Afghanistan received missiles that could carry a nuclear warhead. They were firing them in 1989, 30 pieces a day, declaring every brick factory, farm and barn an operational target.

And they failed, withdrew and sent, sent, sent missiles to their brothers in Kabul.

They were eating sawdust in the 1990s, but they were still helping Kabul.

Until President Mohammad Najibullah was hanged by the Taliban in 1996 at the checkpoint of the palace, having been dragged behind a jeep for several kilometres. Until then, they had been working with Tochkas and Scuds.

Can you imagine what state the country was in?

Of course, we are not Afghanistan, but 250 launchers left over from the USSR, the world's most modern air defence systems on combat duty in Ukraine and the rear of the Alliance matter.

But we will suffer losses.

Newer missiles are being produced, the lines are working, not just storage.

It doesn't require any special modification to fire on land or water, we have recently tested the S-125 as an anti-ship missile too. The hatch is in a different place to get the guidance beam - and you can enter the commands to the radio control panel manually.

And that's it - they will shoot wherever Putin tells them.

This is a ballistic target, which is difficult to intercept.

When 160 kg flies in, all hell will break loose. 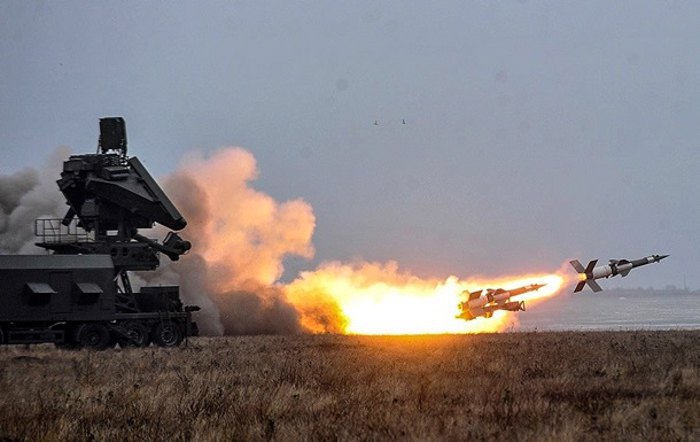 From time to time I scan the comments - can we destroy them on the ground? Especially from Kharkiv and Zaporizhzhya, which have been a little bit annoyed by the neighbours with their raids.

We can, of course, hit it with another rocket artillery battery, launch a high-speed anti-radar missile at the working radar, moreover - we are doing it.

For example, the entire deputy commander of the Russian air defence division, Aleksandr Krylov, was killed in Kherson Region. He liked to shoot at Mykolayiv. But they have enough S-300 systems in storage, and they produce them, take them off the grass, dilute them with mobilised soldiers - we did it after 2014, and they will do it.

Russians have a lot of Tochkas in stock. Let me remind you that during the Soviet era they were in every division, they have plenty missiles, they manufacture them at a factory in Kovrov. It is not a problem at all to fire about two dozen of them a day, if they get this urge.

Well, I will say that they will definitely increase the production of Kalibrs and other Iskanders.

Yes, there are bottlenecks - military chemicals, turbofan blades, electronics. But they will buy, find workarounds, pump up production.

Shoigu recently went to Izhevsk to visit the Kalashnikov concern. There, a German machine with Japanese roots was covered with a Russian sticker - and so it goes, import substitution works. 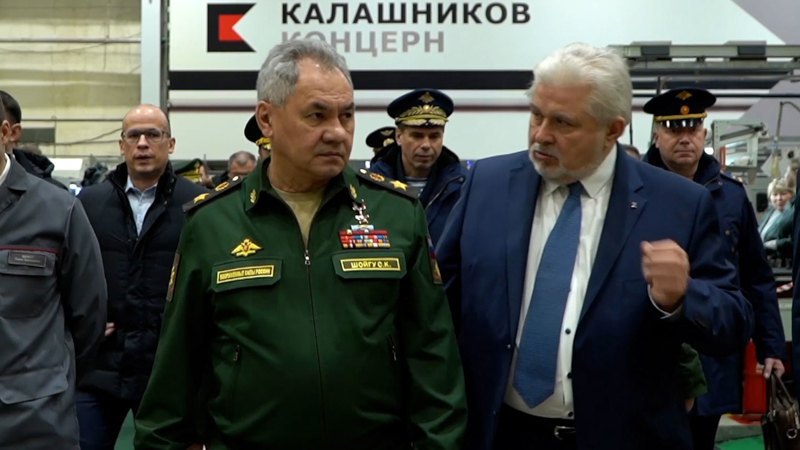 
They will bring them, take them out, tighten their belts – in Russia they always loved to eat chaff and plan to liberate Spain.

Therefore, as much as I like not the most optimistic forecasts, but the truth is dearer still - they will carry out strikes.

The year of 2023 will also pass amid the sounds of sirens and explosions.

Everything that is going to be shot in our sky will fall down, causing collateral damage.

Maybe not a hundred missiles several times a week, but they still will. How many of them will be intercepted, if one of them flies directly into my family's house entrance, is not very important.

300-400 million [dollars] per shelling. Maybe they will not be able to shoot for a long time, but they will step up production and will hammer the united energy system several times a month.

I am more than sure that our retaliatory drone strikes 700 km away on Engels are just the beginning. Soon we will begin to produce a long arm ourselves. 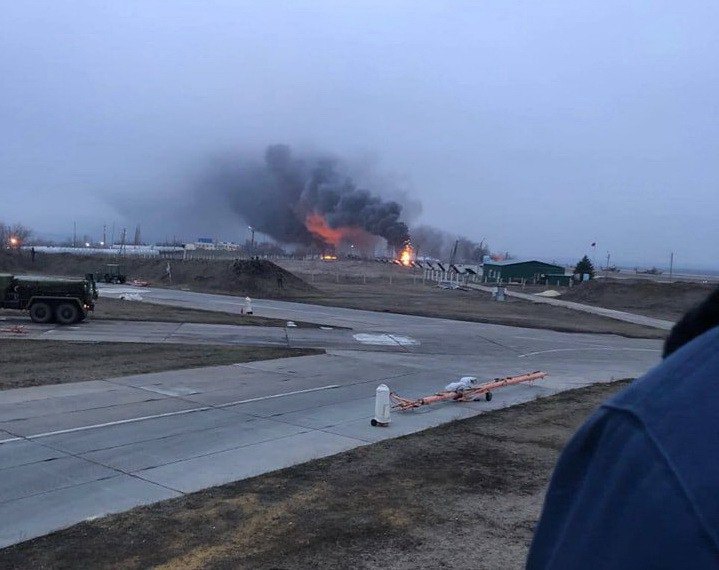 
Ukraine is not Palestine, and our capabilities are somewhat greater than those of the Arabs, who, with the help of Iran, keep underground workshops for the assembly and production of up to 15,000 missiles on the territory of 360 sq km.

After all, they can produce not only analogues of Smerch, but also single missiles flying at 200 km.

Yes, they are shot down, but this eternal pursuit of sword and shield burdens Israel's economy.

Whether in Ukraine or in Eastern Europe we will relocate and localize, buy - it does not matter, but we will get our missiles and our heavy drones.

This is how any protracted military conflict works.

In general, it is not for nothing that Russians are now installing tactical air defence in the snow near Moscow.

But no matter how much pops will sound in Russia, how many radars and new batteries will be supplied to us by the West – it is impossible to intercept everything or turn Russia into a branch of the lunar base to the best of our ability. 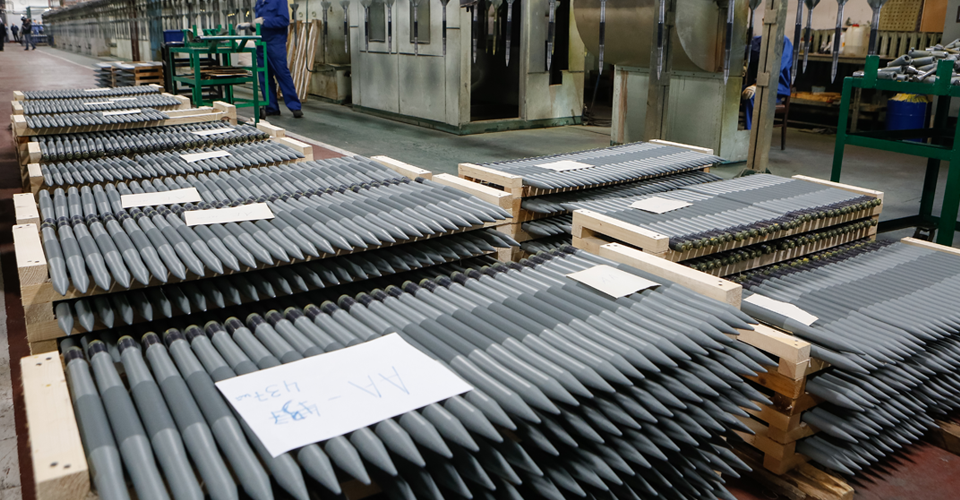 
Therefore, we will have to evolve and make changes to shelters; to building codes, when shelters with armoured windows and strong walls are mandatory on each floor; to a warning system.

Decisions on civil defence were needed as soon as yesterday.

Local authorities should take fewer pictures with volunteer generators and report more on things like "We have restored the Soviet shelter, here is the address".

The invincibility points should be opened not in the foyers of schools, but in basements, where heating points can be arranged, water storage tanks purchase and installed, and gas cylinders for heat guns hidden there.

We need to be preparing for strikes in earnest.

Do not expect that once we get missile defence systems, JDAM, or aircraft, everything will be settled. We have had this disease since 2014.

Hurray, Javelins, hurray, Neptunes and Harpoons. But these are just bricks of our Defence Forces.

The same several dozen Western aircraft will be a great help, but the Russians will make a couple of dozen modern ones in a year, and they need radar, airborne electronic warfare, automatic control systems. 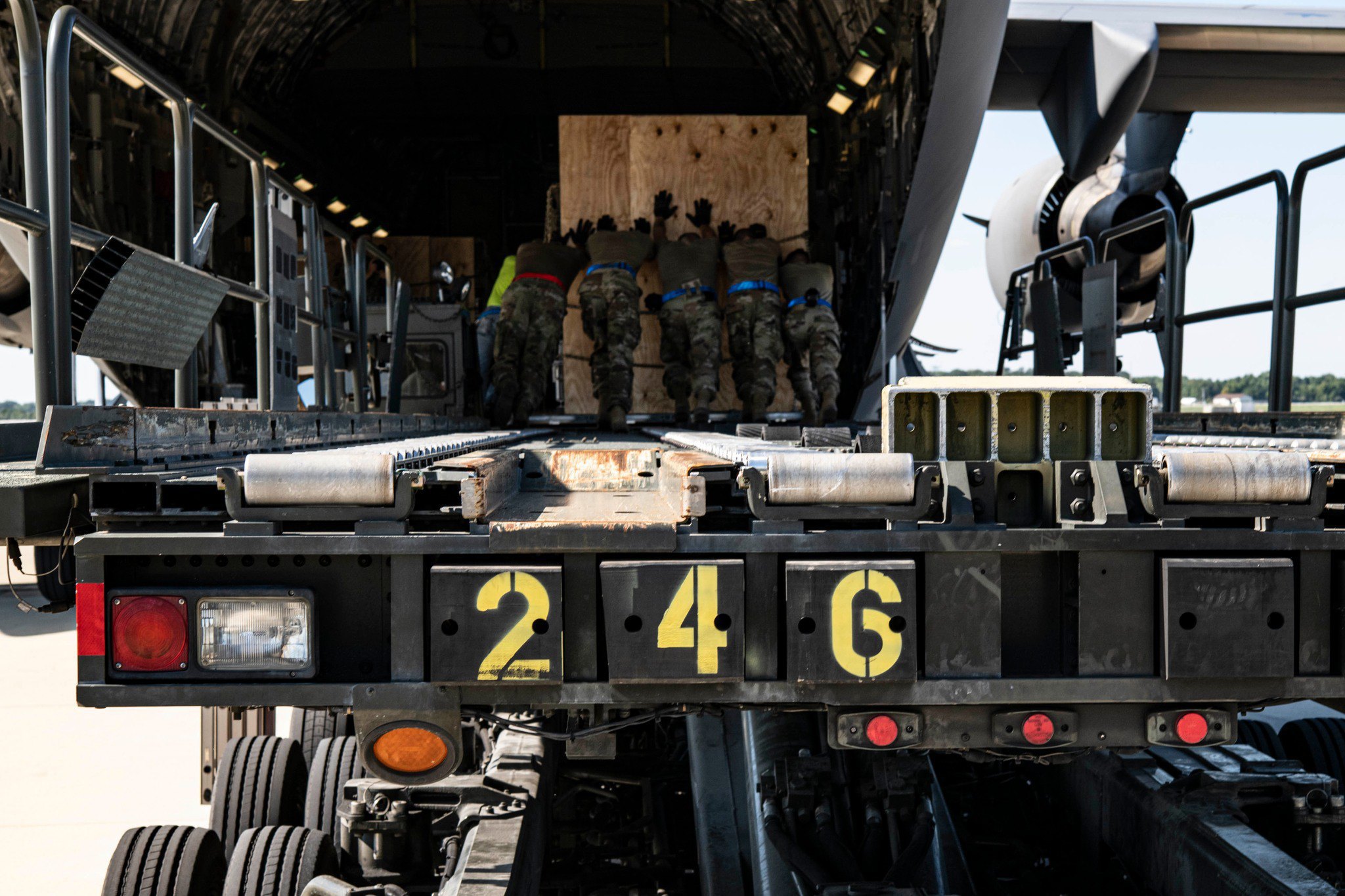 Only the system that works wins. And it will need to be built.

We, as a state, will survive the winter, our air defence will grow and remain one of the strongest in Eastern Europe, Russia has already lost the war they planned.

The task is to survive it personally for each of us. The missile war will continue, but Russia will not be able to fulfil its tasks in it. However, we all still have a lot to do for this. Take care of yourselves!