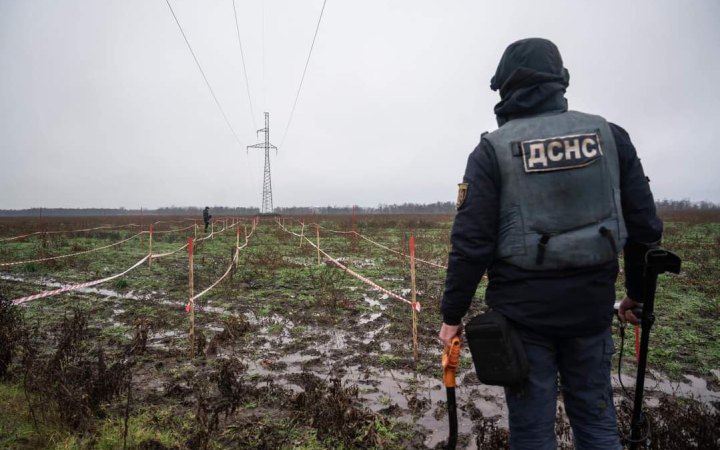 As a result of the Russian invasion, one-third of Ukraine's territory is potentially contaminated with explosive ordnance. It may take more than 10 years to clear it up, Oleksandr Khorunzhyy, a spokesperson for the State Emergency Service, said on the air of the national telethon.

He noted that the main areas for mine clearance efforts are Donetsk, Mykolayiv, Kharkiv and Kherson regions.

Since 24 February, the SES has defused more than 316,000 explosive devices and more than 2,160 aircraft bombs. At the same time, they have cleared more than 78,000 hectares of territory.

Khorunzhyy added that before 24 February 2022, the SES had about 600 bomb experts, and now there are about a thousand of them.

This year, the SES plans to increase the number of specialists to 1,500. The service also uses robots for demining in particularly dangerous areas.