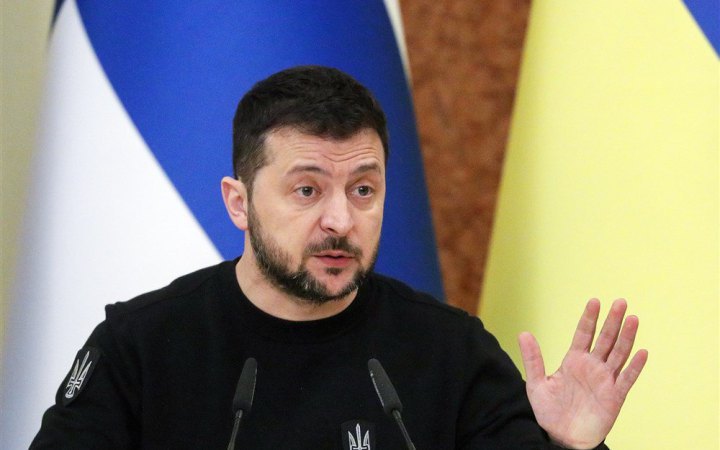 President Volodymyr Zelenskyy has commented on Alyaksandr Lukashenka's statement on the "non-aggression pact". He emphasized that Ukraine had not planned to attack Belarus before and does not plan to do so now, and considers it important for the country not to enter the shameful war unleashed by Russia.

"We were not going to and are not going to attack Belarus. This is the main signal from the entire Ukrainian people to the Belarusian people. It is very important for us that Belarus does not lose its independence and does not enter this absolutely shameful war despite any influence from anyone," the president said.

When asked whether Ukraine had actually offered Belarus a so-called "non-aggression pact," Zelenskyy said: "Everything that Ukraine officially offers, you hear all this."

According to him, the majority of the Belarusian population does not want to fight against Ukrainians.

"Therefore, of course, we will be very surprised if there is an offensive in this direction... by Belarusian troops," the president added.

At the same time, Zelenskyy noted that Russian troops could find themselves on any territory of any state, "because they believe that they have such a 'military Schengen'". He argued that everything depends on the respect of the country's leadership for its people, which should not allow armed people to enter its independent territory.

Earlier, Belarusian media outlets spread a statement by self-proclaimed President Lukashenka about Ukraine's alleged proposal of a "non-aggression pact". At the same time, he again accused Kyiv of training "militants and extremists".