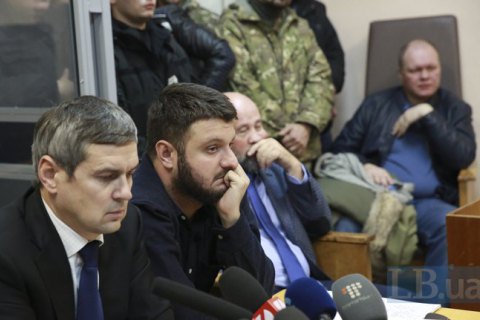 The specialized anti-corruption prosecutor's office of Ukraine (SAP) on November 6 filed an appeal against the bailout of suspects in the "backpack case". SAP said in a statement on 6 November that these preventive measures to too soft and do not correspond the severity of the offense and risks established during the pre-trial investigation. Prosecutors will insist on the arrest of the son of Interior Minister Oleksandr Avakov, former Deputy Interior Minister Serhiy Chebotar and entrepreneur Volodymyr Lytvyn," SAP.

The date and time of the review is unknown.

Last week, the detectives of the National Anticorruption Bureau (NABU) in a probe of a possible embezzlement of 14 mn hryvnia in budget funds in the course of the procurement Ministry of Interior of tactical backpacks raided and arrested three people involved in the procurement deal.

Interior Minister Arsen Avakov denies any involvement in his family into the procurement of backpacks for his ministry.