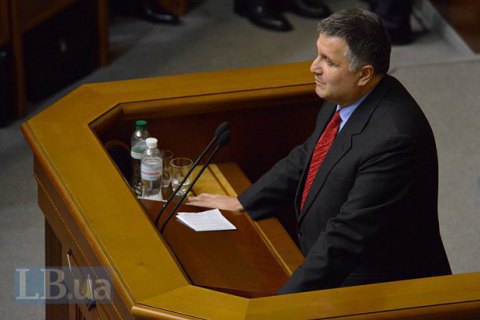 On Tuesday, November, lawmakers discussed the draft resolution sponsored by Serhiy and Kaplin and Andriy Nemyrivsky, in which they demanded the minister's resignation.

The resolution was supported by 31 deputy with at least 225 votes needed.

Avakov, who was not in the session hall during the consideration of this resolution, will retain his post.

Last week, the detectives of the National Anticorruption Bureau (NABU) in a probe of a possible embezzlement of 14 mn hryvnia in budget funds in the course of the procurement Ministry of Interior of tactical backpacks raided and arrested three people involved in the procurement deal.

Interior Minister Arsen Avakov denies any involvement in his family into the procurement of backpacks for his ministry.