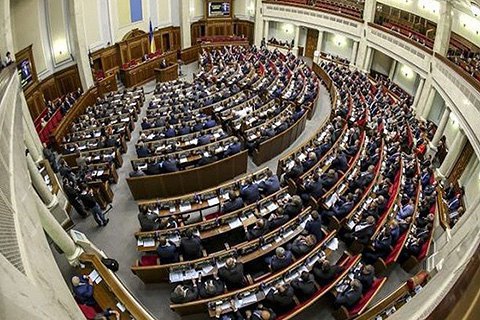 The Verkhovna Rada at its meeting on Tuesday, 7 November, passed the first reading of the draft Electoral Code sponsored by Andriy Parubiy, Oleksandr Chernenko and Leonid Emets.

A minimum number of 226 deputies voted for the bill.

The Code will combine the provisions of the law of presidential election, the elections of people's deputies, on local elections, on the Central Election Commission and on the state register of voters.

This Code was developed on the basis of a draft prepared by a working group led by Yuriy Klyuchkivsky and registered back in March 2010. It was authored by leading experts on election legislation. The document received a positive conclusion from the Venice Commission.

Ukraine is having a mixed proportional and first-past-the-post system. 225 MPs are elected on a national multi-member constituency of the electoral lists of political parties, scored 5% or more of the ballot. Another 225 deputies are elected by majority system of relative majority in single-mandate constituencies.