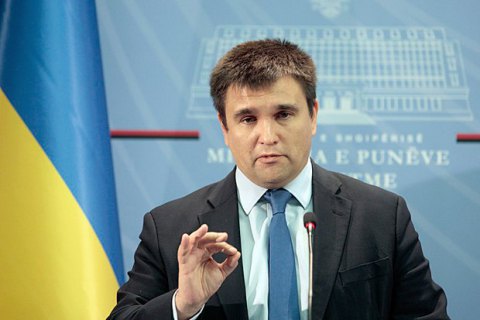 The Ministry of Foreign Affairs of Ukraine fears that the number of Ukrainians killed in the Saturday terrorist attack in Kabul may increase, the minister Pavlo Klimkin told a press conference in Kyiv on Monday, 22 January.

He said the Foreign Ministry works very closely with the Afghan authorities and that Ukrainian consuls are working on the site.

On behalf of the Foreign Ministry Klimking expressed condolences to the families and relatives of the deceased.

"We will keep working to provide more information in the near future. The security of Ukrainians is our top priority," assured Klimkin.

He said that immediately after the terrorist attack, the Foreign Ministry tried to evacuate all Ukrainians who were in Kabul to a military base. By now, some of them returned to the hotel, as the Afghan authorities assured that the security situation has normalized.

On 20 January, Taliban militants attacked the Intercontinental hotel in the Afghan capital, where foreigners usually stay. The Ukrainian ambassador to Tajikistan confirmed early on January 22 the death of seven Ukrainians, although local media previously reported that the terrorist attack took lives of nine Ukrainian citizens.