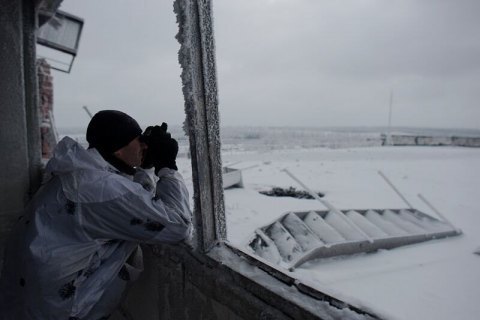 One soldier of the Armed Forces of Ukraine was killed in Donbas Monday amid enemy mortar shelling. Over the past day the militants six times violated the regime of silence. In the Luhansk sector, the enemy fired 120-mm mortars at Ukrainian strongpoints in the area of Troyitske. The aggressor repeatedly fired 120-mm and 82-mm mortars and grenade launchers at Ukrainian army defensive fortifications in the area of Luhanske.

In Donetsk sector, the militants from 82-mm mortars pounded the Ukrainian army positions near Novotroyitske. Here, for the purpose of provocative accusations of Ukrainian forces, the enemy alternately pounded Ukrainian positions and the infrastructure of the temporarily occupied Dokuchayevsk, ATO headquarters reported.

On Sunday, Ukrainian forces in Donbas sustained no losses.