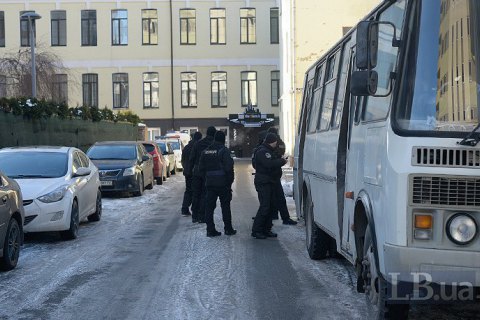 The workers of the National Agency for the Return of Assets Obtained by Corruption (ARMA) on Tuesday, 23 January, attempted to take over a luxury Kyiv apartment of the former minister of revenues and fees, Oleksandr Klymenko.

ARMA reported on its website that the 200 sq.m. apartment in the center of Kyiv is formally owned by the asset management company Excelsior, and under a decision of Kyiv's Pechersk district court is subject to transfer into the administration of ARMA.

However, the Agency's employees who came to the building together with the prosecutors of the Main Military Prosecutor's Office met the resistance of unknown persons.

Oleksandr Klimenko is suspected of the creation and participation in a criminal organization and abuse of power. He was incriminated of creating so-called "tax sites" which in 2011-2014 served as tax loopholes – a scheme that is believed to have inflicted around a hundred billion hryvnia losses to the state .

In early October, the chief military prosecutor, Anatoliy Matios, said that the arrested assets of Klymenko have been transferred into the administration of ARMA, including 77 luxury apartments in the Pechersky district of Kyiv, 17 unfinished houses in Kozin outside Kyiv, and a recreation center in the Kyiv region.

ARMA has taken over 22 expensive cars and a thousand railway gondola cars worth 900 mn hryvnia that were earlier owned by Klimenko.