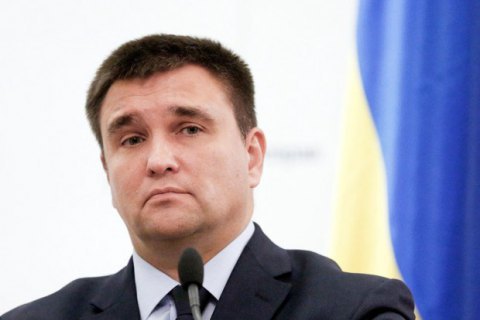 Ukraine sees no sense in transferring the negotiations on the peaceful settlement in Donbas from Minsk to Astana, Foreign minister Pavlo Klimkin told a press conference on Monday, 22 January.

"Any options, if they work. As for now, I do not see how changing the Minsk platform to Astana will add productivity," Klimkin said.

"As for me, it’s not venue or location that make the difference. If we have a reason to believe that the change of location gives something, we are ready to move anywhere, even to New Zealand," the minister said.

On 18 January, Kazakh President Nursultan Nazarbayev during the talks with President Donald Trump in Washington, DC, suggested that the talks on Donbas may be taken to some other location.

The Foreign Minister of Belarus Vladimir Makei remarked in response that "the negotiations on Ukraine can be moved even to Antarctica if there is confidence in their success."

The so-called Minsk agreements were signed in the capital of Belarus on 5 September, 2014. Ever then, the Tripartite Contact Group on Donbas settlement has held meetings in Minsk two or three times a month to implement them.