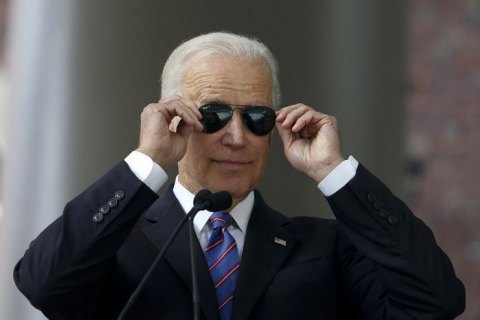 Former U.S. Vice President on Tuesday said that he was concerned about a backslide in the fight against corruption in Ukraine.

"I am extremely concerned about the backslide in the fight against corruption... They have made some very important necessary institutional and personnel changes, but one of the three required institutions are now going into the background. Anti-corruption court," VOA quoted Biden as saying at the Council on Foreign Relations in New-York.

Biden said that a similar situation was in his time with the then Prosecutor-General Viktor Shokin.

"Here is a concrete example I was given the assignment to Ukraine. So I remember going there to convince our team that we need to provide Ukraine a long-term loan guarantees. I went to Kyiv 12 or 13 times, and in the end had to declare that we offer one more billion dollars in credit guarantees. I got promises from Poroshenko and Yatsenyuk that they will take action against the prosecutor-general but they did not," the former US top official said.

"So I went to a press conference and said: we do not gonna give you the billion dollars. They said: you do not have such authority, you are not the president, the president said he would give it. I said call him. I said that you are not getting the billion dollars. I said: I'm leaving here in six hours. If your public prosecutor is not fired by this time, you do not get money. That son of a bitch! And he was fired, and in his place they put someone who at that time was solid," Biden said.

President Petro Poroshenko expressed regret Tuesday in connection with the refusal of the Rada to put the bill on the creation of the anti-corruption court on the past session's agenda.

The president said he hoped that the bill will be considered at the beginning of the next session.